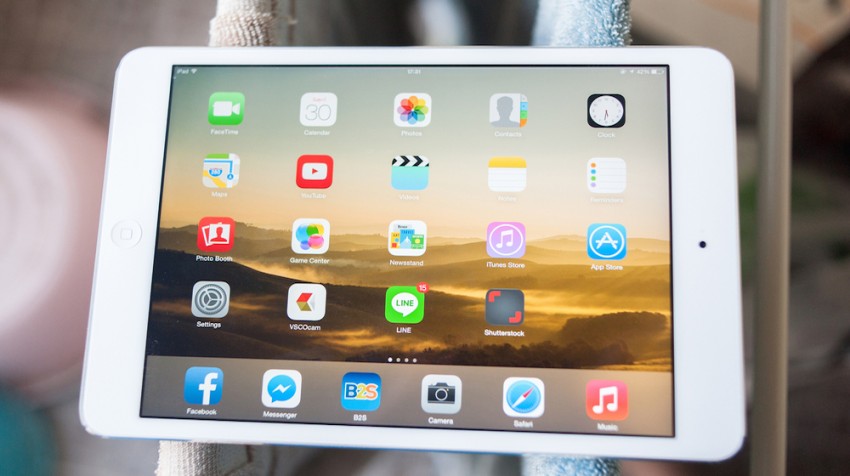 A new Apple iPad may be on the market before the holiday shopping season. The story is that Apple suppliers have begun production on a new line of iPad devices. The long-rumored iPhone 6 as well as a possible smartwatch from Apple may be unveiled soon and available by the end of the year, too.

It was in November 2013 that Apple sold its last new iPad device, the iPad Air. A new, full-sized iPad hasn’t been released since late 2012.

The new 9.7-inch iPad is under mass production right now, Bloomberg reports. Expect an official unveiling either at the end of this quarter or the beginning of the next. Production could be delayed, however, because of troubles with an anti-reflective coating on the display of the tablets.

This would be the fifth generation of the full-sized iPad. The last was released in November 2012.

Production is underway on the next new iPad mini, too. It will reportedly have a 7.9-inch display and be available by the end of the year. Apple released its first iPad mini in 2012.

Sales of Apple tablet products have gone stale and started to decline, presumably prompting the push to release these new devices before the holiday shopping season. In fact, iPad sales are the company’s second-largest source of revenue but it’s a segment that’s been scuffling lately. Sales of iPad devices have dropped from 26 million over the last holiday shopping season to just more than 13 million in the last quarter, reports PC Magazine.

It appears that the new iPhone 6 will be unveiled in September, sources tell Bloomberg. These new phones will feature bigger screens and be sold in two sizes, a 5.5- and 4.7-inch model, according to Bloomberg sources.

Apple released two follow-ups to its iPhone 5 in the last year, the 5s and its first entry into the economy smartphone class, the 5c. A so-called “iWatch” could be released before the end of this year, too. It could have up to a 2.5-inch display and be running some form of iOS, MacRumors reports.