Bottled Water With a Mission: How People Water Separated Itself from Competitors 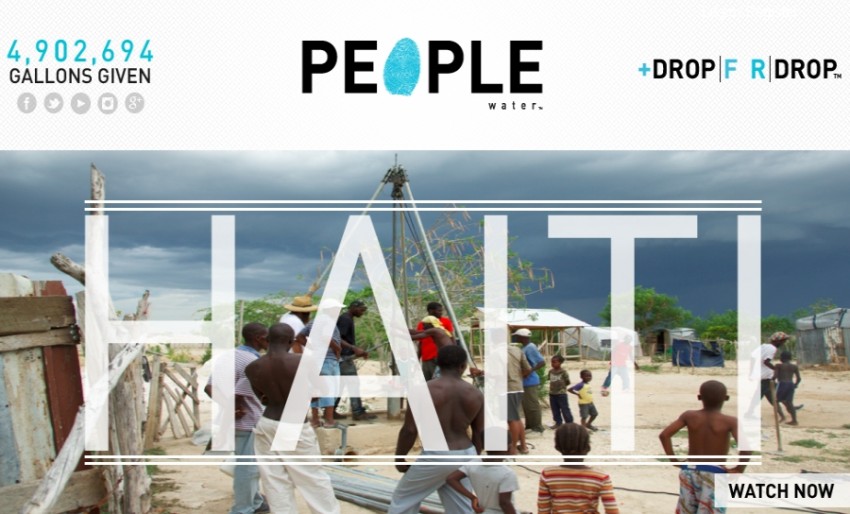 Bottled water isn’t normally considered an environmental or socially conscious product. But People Water is a startup that’s looking to stand out from the crowd.

The main difference between People Water and other bottled water retailers is its social mission. For every bottle purchased, the company has pledged to give an equal amount of clean water to people in need. It does this by working with organizations that drill new wells, repair existing wells, or add water purification systems where needed.

It’s not a new concept for companies to give something to a cause or charity for each purchase. Businesses like Toms Shoes have thrived on this model for years, and for good reason.

“If you offer a product people already consume and give them a greater purpose with a social cause around it, it becomes less of an issue for them.”

This could be especially true for a product like bottled water. Plastic bottles are overwhelmingly associated with landfills and high carbon footprints. So buying a case of bottled water doesn’t exactly make shoppers feel like they’re doing any good for the world around them.

But for those who buy bottled water, a market almost exclusively consisting of people with disposable income, People Water offers an alternative. They can continue buying bottled water and stop feeling bad about their purchases.

Since it’s a company with a social mission, the entrepreneurs behind People Water found it necessary to reduce the company’s impact on the environment anyway.

Today’s consumers are more informed than in the past. Since those interested in the company’s mission were also likely to be concerned about the environment, People Water decided to use bottles made from recycled materials. They are also free of BPA, a compound that has prompted worry over possible health impacts.

People Water officially launched in 2012 and to date has provided over 4,800,000 gallons of water to people in need through its non-profit partners. The company itself is not a non-profit, however.

Still, its success seems to bear out Bretschneider’s argument. If people are buying a product anyway, they would rather buy one that does some good if given the option. So social conscience, in this case, becomes another way for a brand to stand out.