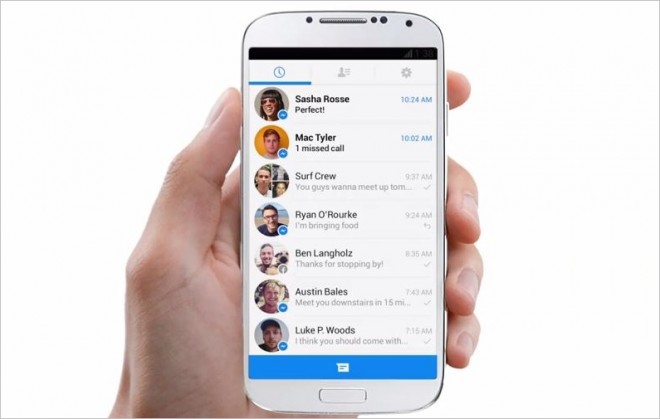 The Internet is agog over the seemingly intrusive permissions for the Facebook Messenger app.

If you use Facebook to communicate with your contacts, you soon may have no choice but to use the app which will soon be the only way mobile users will be able to send messages on Facebook. But at issue is the number and type of permissions the app demands as a condition of use.

Facebook insists critics are making a big deal out of nothing. Facebook can read messages stored on your smartphone? It can operate the camera on your phone without your knowledge?

All true, says Facebook, but it’s not how it looks. The company says it has no intention of doing any of that. Instead, Facebook blames Android’s strict permissions rules necessary for the app to be downloaded and used.

In a post addressing the issues with Messanger on its official help page, the company explains:

The uproar over these permissions was mostly generated by Facebook’s mandate recently that mobile users have no choice but to use the app in order to keep messaging contacts on Facebook. Some mobile users have already received notifications that their messages have been moved, or are no longer available on the regular mobile app, the Wall Street Journal reports.

Issues with Facebook’s Messenger app among users have existed for quite some time, as this February tweet on the topic reinforces:

But Facebook’s insistence that all mobile users now download the app whether they want to or not has likely brought the issue to a head.

In its help page response to the backlash, Facebook addresses some of the hot-button issues point by point:

In short, Facebook claims all these permissions are needed to allow the app to do what it does on your mobile phone.

Has any of this helped allay your fears?

Ah well, it doesn’t much matter. If you plan to keep in touch with contacts on Facebook via mobile, you’ve got no choice but to use the app.

So the only question becomes whether your mobile Facebook contacts are important enough or not.