Any Preconceived Notions You’d Like to Spout Off About? 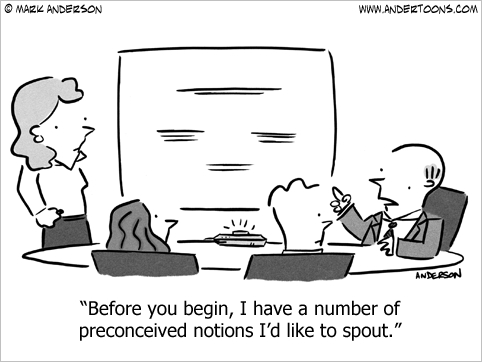 There’s that moment when you’re writing a cartoon that you just know you have the caption right. It can take a while, and often it means pruning or changing just one word – but you can feel when you have it.

For me, this cartoon hinges almost completely on the word “spout.” Once I had “spout” I knew this cartoon was good to go.

Here’s some of the other endings I’d considered:

See what I mean? “Spout” is the answer.