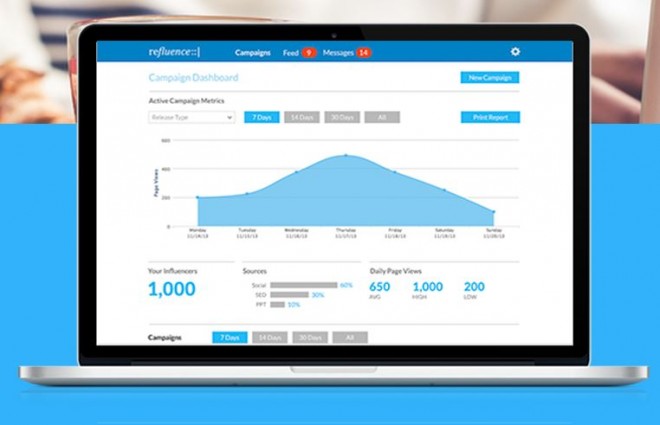 So you’ve created a press release. Will mass-blasting it be helpful?

No, in fact, many consider it a spammy method, even if a PR agency or content marketer does the blasting for you.

It’s got videos and articles to go with it, and you’re confident the right people will share it. But a social campaign is dead in the water if the content isn’t seen. You start to panic. You’ve rejected blasting as a method. Excellent, but now what? Which online connections should you target to help spread the word, and how?

A new service called re:fluence (which stands for “relevant influencers”) wants to be your go-to solution.

If you’ve heard of PRWeb.com and Klout.com, then you’ll understand the basic purpose of re:fluence. The technology combines the two ideas by giving you both a content distribution tool and a way to identify the people to help you distribute your content online. The platform combines content management features, analytics and topic-based search results in a proprietary “iScore”, or influence score. 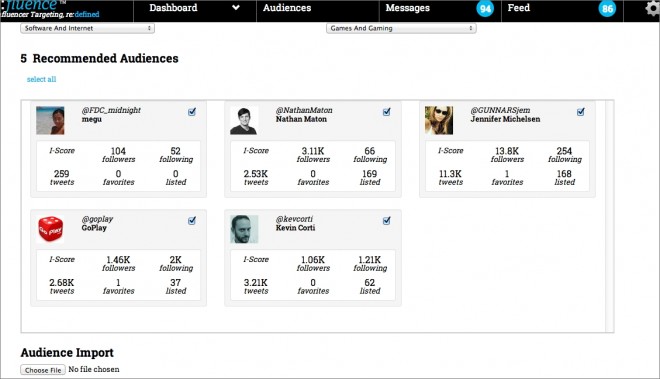 According to Founder Rob Wheeler, the platform will measure relevance of possible influencers who can help you spread your message based on content distribution and follower relationships. Users will have the ability to specify keywords, topics and tags to more accurately define who they wish to reach. The most on-topic social media influencers and their iScores are displayed. Content distribution takes place on the major social networks and through publisher partners.

Data scientists have been refining re:fluence’s algorithms for more than a year. Jon Bond, co-founder of the Kirshenbaum & Bond advertising agency, and one of Klout’s early adopters, is advising on product development and strategy.  A former Yahoo senior product marketing manager for small businesses and self-serve advertising will lead the way in business development.

In an email exchange Bond said:

“re:fluence is capable of fulfilling the promise of Klout to be the world’s most used influence tool.”

In an interview with Small Business Trends, Wheeler explains:

“This will be the new way to reach thought leaders because it’s not based on a broken model of influencer scoring, which is all the world has now. Our technology will completely change the way influence scoring happens.”

Wheeler said the platform will return better data over time, as it learns. He adds:

“If you’re a small business intimidated by ‘big data’, you should know software like ours can help. For example, a local caterer can use data as a springboard for strategy and finding the right social influencers, especially behaviorial data. And let’s face it, small businesses aren’t going to hire a data scientist. That’s where re:fluence comes in. Also, larger enterprises can integrate the API with their systems or use the dashboard to dig very deep into analytics and find thought leaders with iScores relevant to their topics. We’re happy to share why we’re so excited, and we encourage you to become one of our beta testers.”

The team is putting final touches on the technology and an app is scheduled for an October launch after API validation. re:fluence received Series A funding in March 2014 and is looking for additional funding. AviantLogic Inc., the company formed by the co-founders to offer the new service is based in New York City.

Users of re:fluence will be able to choose from a freemium plan or three paid options. Prices will be announced in the coming weeks. A limited number of beta accounts will be available soon. Parties interested in beta testing can sign up on refluence.com.

Editor’s note:  this article was updated to reflect that pricing is still being determined.