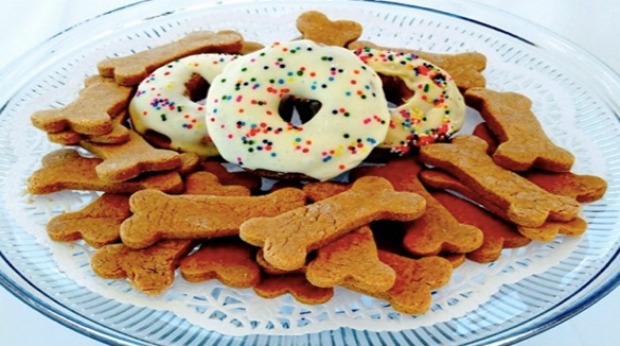 Snaks Fifth Avenchew is a punny name. The company, which sells treats for dogs and horses, clearly chose its name as a spoof of the famous luxury retailer Saks Fifth Avenue. But Saks doesn’t think the name is funny at all. In fact, it sent a cease and desist letter to the small online retailer last month.

Saks claims that the name infringes on the company’s brand. But Carrie Sarabella, proprietor of Snaks Fifth Avenchew, feels differently. She feels that the name is more of a tribute to Saks, a brand that she has been a fan of for years. She explained to Reuters:

“I knew that Saks was able to offer me the best of what I was looking for, and I wanted to do the same thing with pets. It was almost as if I was honoring and complimenting what they always gave to me, but unfortunately they don’t feel the same way.”

For now, Sarabella says she doesn’t plan to change the name. Saks hasn’t said if it will pursue any legal action against the small company.

Sarabella just started Snaks Fifth Avenchew earlier this year. Even though they’re for animals, her treats are packaged to look like human food such as cupcakes, donuts, and potato chips.

The treats are also created specifically for pets with food allergies, like Sarabella’s pet cocker spaniel, Pinero. So the products are aimed at high-end customers, perhaps similar to the kind of customers who would patronize Saks Fifth Avenue. And,of course, Sarabella has created her whole product line and business model to offer a similar high-end customer experience.

Snaks Fifth Avenchew clearly isn’t the first company to employ a parody name. Another reason Sarabella decided to go with a parody name is because she was familiar with other pet brands that have done the same, including Chewy Vuitton and Bloomingtails.

Two successive court decisions in that case sided with owners Annie and Jim Clark of Black Bear, saying the name of their product didn’t significantly dilute the larger company’s brand and trademarks.

As a small business owner, when choosing a brand name, you need to think not only about whether you might prevail in such a confrontation, but whether you have the resources to deal with such  a legal conflict if it arises.

In the case of Snaks Fifth Avenchew, it remains to be seen whether the bigger brand will take the issue further.