Yahoo Opens Its Ad Network to Other Publishers 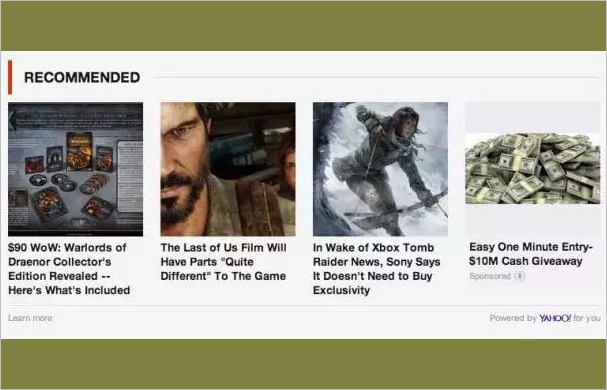 Yahoo is set to expand its Stream Ads service to allow other Web publishers beyond a close knit group of publishing partners to include its sponsored posts on their sites as well.

Currently, Yahoo’s Stream Ads appear only on sites such as SB Nation, GameSpot and TV Guide. But according to a report from AdAge.com, Yahoo plans to open up its advertising platform to other publishers too in the near future.

For other Web publishers this may mean additional monetization by placing Yahoo display ads on heir sites and alongside their content.

For advertisers, it broadens the reach of ads that can be purchased through Yahoo’s Ad Manager app. If more publishers are placing these ads on their sites, it will allow businesses to reach more readers.

The ads appear similar to those created by a service like Taboola, which also recently announced new opportunities for online publishers to use its advertising platform. At the bottom of a site’s own unique content, four picture boxes with headlines below them appear on a content page. These posts appear under the heading “Recommended”.

What’s unique about Yahoo’s service is that it will include, initially of course, three posts from within the site that’s publishing the Stream Ads. The fourth post among those Recommended will be a sponsored post.

AdAge reports that nearly all those ads will come from Yahoo’s ad portal, Gemini. Gemini is a do-it-yourself app that allows companies to pay for and customize their advertising on the Yahoo network.