3D Models of People (For Those Who Want to Print Themselves) 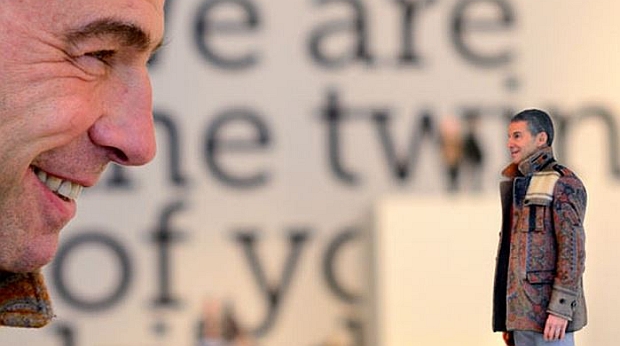 3D printing has created a lot of possibilities for innovative new products. Some companies are creating medical supplies. Some use 3D printing for modeling and prototypes. But the coolest thing you can make with a 3D printer may very well be yourself.

Companies like Twinkind, Lifeform Studio and The Bobble Shop use 3D printing to create personalized models of individuals. The Bobble Shop, for instance, scans a person’s face and then allows them to choose a character-based body.

It’s not a very practical creation. But bobble heads in general don’t exactly have a lot of real-world applications. And it’s clear that people love personalization. So while a personalized bobble head might seem like a crazy idea, it could just be crazy enough to make the company successful.

Rob Wile of Business Insider visited The Bobble Shop’s booth at a recent “Inside 3D Printing” conference in Manhattan, where he received his own 3D model.

The company’s booth featured a machine that takes 180-degree pictures of the user’s head. Wile was able to scan his head, choose a body model, and receive a figure in the mail a week later.

“One could argue that not since the advent of photochemical material has there been this kind of technological leap in the ability to reproduce one’s likeness. It has absolutely no utility, and freaked a couple people out. But most got the joke, and it remains funny to look at.” 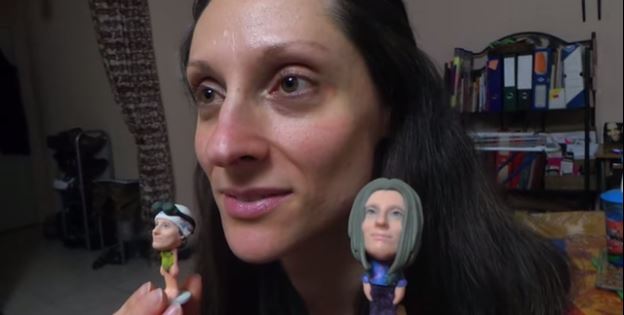 The other companies that utilize 3D printing to create human models take a more lifelike approach. Twinkind is a Berlin-based company that builds full-scale 3D models of people (shown above). And Lifeform Studio in Kansas offers a similar service.

Both companies suggest using the models for things like family portraits or 3D wedding photos. It seems unconventional now, to be sure. But could these models represent the future of portrait photography?

Though we probably won’t see shelves of 3D models taking the place of framed photos anytime soon, it’s certainly an interesting concept. A few companies are taking the innovative technology behind 3D printing and using it for something creative and even sometimes a bit humorous.

Whether you think having a 3D printed model of yourself seems cool or kind of creepy, it’s a concept that at least some people seem to be willing to pay for. So don’t be surprised to see more companies offering these models in the coming years.