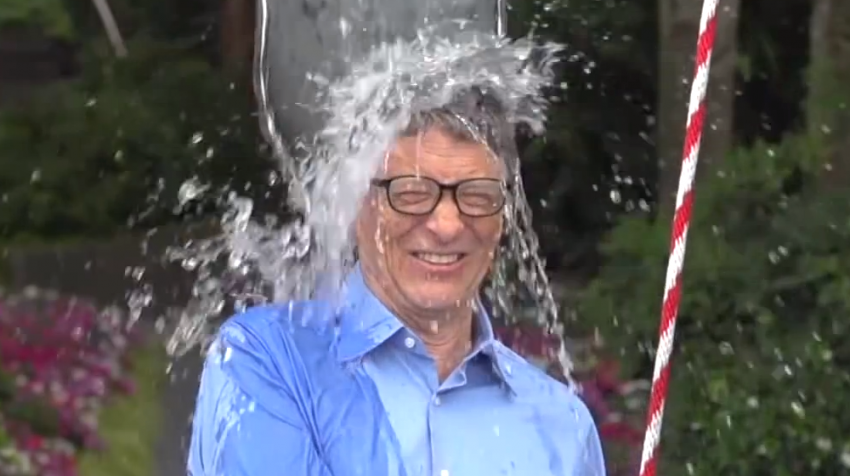 We’ve all seen the videos on our news feed: People dumping water over their heads and issuing a new challenge to their friends. In a recent post on the official ALS Association blog, President and CEO Barbara Newhouse explained :

Pete Frates, resident of Beverly, MA and a victim of ALS himself, helped to push the ALS Ice Bucket Challenge marketing campaign to viral status early this August. The premise is simple. After receiving a tag from a friend, you either:

Some people argue the campaign is counterproductive. In taking the challenge, participants are avoiding donating the full amount to the cause. So is this campaign a flop?

The results so far give a pretty resounding answer: The campaign is an overwhelming success!

Let’s look at the numbers.

As of August 27, 2014, the ALS Association has raised $94.3 million from over 2.1 million new donors. Compare that figure to this time last year, when the organization had earned only $2.5 million over the same period.

This means that in the one month the ALS Ice Bucket Challenge marketing campaign has been viral, the ALS Association has collected more than forty times what it made over the entire course of last year. Why is that?

Well, the ALS Ice Bucket Challenge is not only a way to raise money. It’s a way to raise awareness. With social media outlets like Instagram and Facebook, people can connect to hundreds, thousands, even millions with the message. And with the viral videos wallpapering the news feed of nearly every website, ALS has finally been given the focus fundraisers have always sought.

The more cost effective option makes it feasible for nearly anyone to participate. Although ideal, the $100 donation might be out of some people’s price range. And the option to take the “challenge” and make a video challenging others has gotten more people involved than ever before.

That includes celebrities and other well-known figures who are donating thousands as well as completing the challenge, thus spreading the message even further.

So YouTube uploads are spiking. And well-known figures like Bill Gates (who built a machine to dump water on his head, pictured above) and Charlie Sheen (who decided to do something…different) are issuing big-ticket challenges to their colleagues. And the collections continue to increase by the day.

Finally, the ALS Ice Bucket Challenge marketing campaign has given those who suffer from the disease a chance to speak. Anthony Carbajal, a professional photographer who has been diagnosed with ALS — his mother and grandmother were also diagnosed — recently uploaded a video of his own. (Watch out. Some of the language in this video is strong.)

There is a fun part in which Carbajal spoofs a car wash video and challenges talk show host Ellen DeGeneres and singer Miley Cyrus to participate. But the video also gives a sobering look at a person suffering from the disease and allows Carbajal to speak candidly (sometimes through tears) of the fear he feels facing it.

The ALS Association has posted instructions on its website for completing the challenge. There are also hashtags including #icebucketchallenge, #alsicebucketchallenge, and #strikeoutals and some downloadable graphics to help spread the word via social media.