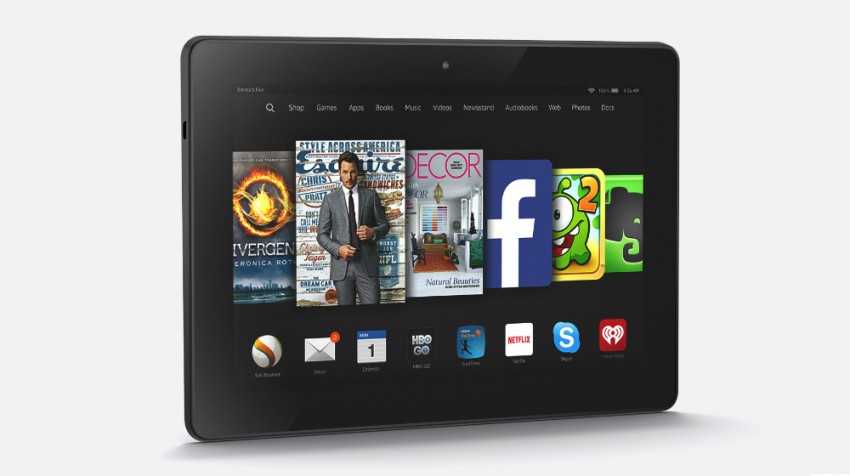 Amazon is about to flood the market with a variety of new Kindle Fire tablets. The company has also announced a new e-reader and an update to its classic Kindle e-reader.

But the most important of these devices may stand out because of its very low price.

The Kindle Fire has never been a tablet to break the bank but the company has introduced a new version of the Kindle Fire HD that starts at less than $100.

To do this, Amazon is shrinking the tablet considerably leaving only a 6-inch display. A screen that size makes the device slightly larger than the average phablet and an inch smaller than Amazon’s standard Kindle Fire HD.

Both the 6- and 7-inch Fire HD tablets will have a quad-core processor and a front- and rear-facing camera. Amazon says the 2-megapixel rear-facing camera can shoot video in 1080p HD. So that would allow users to participate in Skype and other online video chat platforms.

Both tablets will also run on the new Amazon-molded version of Android, Fire OS 4 “Sangria”. And Amazon is offering the devices in five colors: black, white, magenta, citron, or cobalt.

On the higher end of the new releases, the new Kindle Fire HDX 8.9 has an 8.9-inch display.

By comparison with other similar devices, Amazon says that the new Kindle Fire HDX is 20 percent lighter than the Apple iPad Air and will also run Fire OS4 “Sangria”.

The Kindle Fire HDX also has an HD front-facing camera and an 8-megapixel rear-mounted camera. Specs say the tablet has a battery that supports 12 hours of browsing the Web and streaming audio.

Amazon founder and CEO Jeff Bezos said in a statement on the introduction of the new devices:

“The team has packed an incredible amount of technology and innovation into the new Fire HDX—an exclusive HDX display, a powerful quad-core processor, a 70% faster graphics engine, exceptional audio with Dolby Atmos, and the fastest Wi-Fi—and it’s still startlingly light.”

For business users, the new Amazon tablets are all pre-loaded with WPS Office, a Microsoft alternative software compatiple across multiple operating systems. Amazon says this allows users to create, edit, save, and share word document, spreadsheet, and presentation files.

Amazon has also made major enhancements to its Kindle e-readers, and introduced a brand new device to boot.

The new Kindle Voyage is unique in that it is connected to an always-on 3G network the company is including for free with purchase of the device. This allows users to always stay connected, downloading new products and sharing updates via social media on the books they’re reading.

Kindle Voyage will also have a new feature called PagePress, which hides touch sensors beneath the bezel. Amazon says that a press on the sensor will turn pages of an e-book being read on the device.

Kindle Voyage will retail at $199. Amazon says it’s the thinnest device the company has ever made at 7.6 millimeters. The company is also updating its Kindle e-reader including a first-time-ever touch-screen interface.

The company says that the new Kindle e-reader has 4GB of internal storage, twice that of the previous generation of devices, and will sell for $79.

Finally, Amazon is also offering two new Kindle Fire tablets that are specifically designed for children. One has a 6-inch display and other a 7-inch display like their grown-up counterparts.