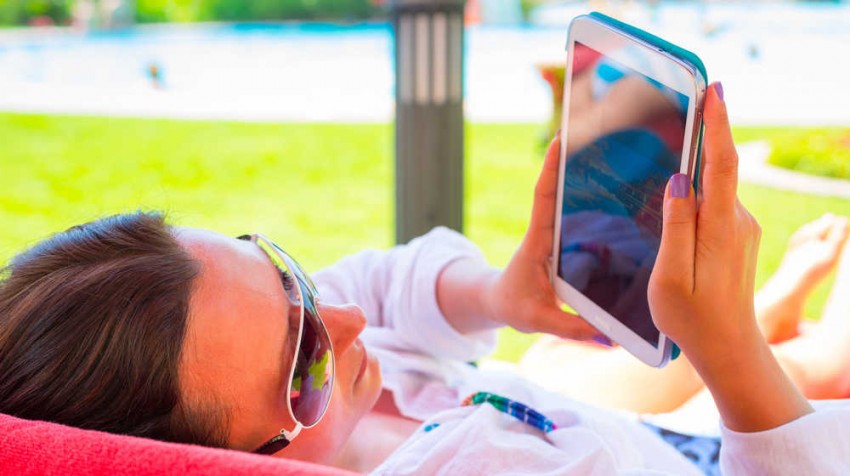 Microsoft Temporarily Cuts the Price on the Surface 2

Microsoft is cutting the price on its Surface 2 just a month after cuts to the prices of its Surface Pro 2 devices. The Surface 2 runs the much-maligned Windows 8 RT operating system. Microsoft will be taking $100 off the regular prices of the tablets. That means the 32GB Surface 2 will now cost $349.

LG Electronics Mobile Communications Company is getting set to introduce a new smartphone to the G3 line it introduced earlier this year. The latest advent of this series will feature a stylus pen, according to new information from the company. The announcement comes just days ahead of LG’s official unveiling of the aptly-named G3 Stylus at the IFA conference in Berlin.

Sustainable Startups Using Technology to Make Use of Food Waste

The developed world wastes almost as much food as sub-Saharan Africa produces in a given year, according to the United Nations. This means there’s an opportunity for sustainable startups to try and make use of all that food waste. And there are already a few companies using technology to make that vision a reality.

Giles House of CallidusCloud: Most Important Cloud is one that Turns Leads into Cash

While many people talk about the cloud in many different ways, to business people, all the talk doesn’t matter if it doesn’t lead to customers, revenues and profits. Giles House, SVP/CMO of sales and marketing effectiveness platform CallidusCloud, joins us to talk about what he calls the most important cloud to business people: The Lead-to-Money Cloud.

How to Get the Omnichannel Shopper Into Your Store

Previously we covered the growing trend for online-only retailers to open physical stores to cater to consumers’ desire for a physical, in-store experience. And I’ve got some more good news for brick-and-mortar retailers from The UPS Pulse of the Online Shopper (PDF) study.

You’ve likely heard the song “99 Bottles of Beer on the Wall.” But did you know you could actually buy a case of 99 beers in Texas? Local Austin brewery Austin Beerworks sold the 99-packs of its award winning Peacemaker Anytime Ale at select stores throughout Austin recently.

For couples who want to have children, the first step can sometimes be the most difficult. So who can these couples turn to when they need it? And what if traditional infertility treatments aren’t working? That’s where Helena Tubridy comes in. Tubridy is an Ireland-based fertility specialist and author who helps people overcome infertility and similar issues by focusing on the mind.

In an interesting case of man vs. animal vs. copyright law, Wikipedia has refused repeated requests from a photographer to remove a famous series of monkey self-portraits because the animal pressed the button, which they believe puts the image into the public domain.

Over the past year, Facebook has been rolling out algorithm updates that have resulted in decreased visibility for business’s organic page posts – in March, it looked like organic reach on Facebook was rapidly approaching zero. So how do you beat the odds? In my article today, I’ll cover 12 tactics to beat the Facebook algorithm and help you get your fan engagement back!

SoundCloud has introduced a new program, the On SoundCloud partner program, that aims to pay creators that upload their audio content to the service. If you’re unfamiliar with SoundCloud, here’s a quick rundown of how it works. Quite simply, musicians, podcasters, and others who create original audio can upload their files and share their content with a broader community.

Dropbox and Amazon are making more storage options available that just about any business can afford. Amazon has widened the availability of its Zocalo cloud storage service. This is another product offered through Amazon Web Services. Right now, Amazon is offering Zocalo to its Amazon Web Services users for free for 30 days.

Weighing the Pros and Cons of Free City WiFi

The buzz in the world of WiFi at the moment is this: A large number of cities across the globe are already offering free Internet connections through free city WiFi technology. Even more are expected to soon follow suit.

Online and device security are among the biggest concerns of smartphone and tablet users these days. And those concerns are at least part of the reason Samsung has included Synaptics’ Natural ID fingerprint scanning technology in the new Galaxy Note 4 phablet. Samsung introduced its latest phablet at its #UNPACKED event recently in Berlin.