The End of Windows Server 2003 is Near, Prepare Now 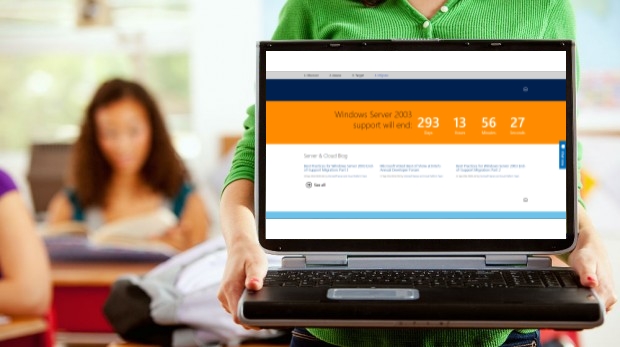 Every Windows product has a lifecycle. The lifecycle begins when a product is released and ends when it’s no longer supported. Knowing key dates in this lifecycle helps you make informed decisions about when to upgrade or make other changes to your software.

The clock is ticking – no more extended support for WS 2003.

For Today, Microsoft Is:

Microsoft officials are doing a good job at sounding the alarm in reminding everyone that there will be no more fixes, patches – paid or free, security or non-security.

Customers see security fixes as being among the most critical fixes for their installed servers. These fixes will no longer be delivered to customers for their Windows Server 2003 servers, regardless of how severe a given issue may be.

This may be less of a problem with many aging Windows Server 2003 applications, mainly because the applications still in use are increasingly likely to be inward facing rather than outward facing.

No less than 37 critical updates were released in 2013 for Windows Server 2003 under Extended Support. There will be no further updates developed or released, many applications will cease to be supported and various regulatory and industry standards for which compliance is advised or mandated will be neglected. That’s right, no compliance.

That means users in regulated industries or handling regulated data, including healthcare and payment card industry (PCI) data, may find that they are out of compliance, which could mean fines or being cut off from key trading partners that seek to protect their own regulatory compliance status.

What’s more, Windows Server 2003 will not be able to leverage modern cloud options from Microsoft and other vendors.

While it is hard to get an accurate number on how many Windows Server 2003 based servers are in operation today, most analysts feel comfortable estimating in the range of 10 million – all of which must start planning to migrate right now.

Not so good news, while necessary, the migration to Windows Server 2012 will not be without a bit of pain. Overall migration costs may include significant hardware upgrades, updating mission critical, off-the-shelf and internally developed 16- and 32-bit applications to exploit 64-bit operating system environments.

The consequences of sticking with Windows Server 2003 after July14, 2015 will prove dire for busineses. At the very least, remaining on the crumbling platform will complicate compliance with a range of different federal and state regulations. Unfortunately, many businesses and organizations are simply not prepared for the withdrawal of support and are not yet taking the necessary steps to migrate their applications and data to a newer operating system, such as Windows Server 2012.

To help WS2003 users prepare for the big migration, Microsoft is encouraging users to review its sponsored white paper Windows Server 2003: Why You Should Get Current by International Data Corporate (IDC), a premier global provider of market intelligence, advisory services and events for the information technology, telecommunications and consumer technology markets.

In the white paper, a four-step process was outlined for planning the Windows Server 2003 migration – and why it’s essential to begin to strategize, organize, itemize and prepare your enterprise for this eventual move.

Over the next few months, more enterprises will take the necessary steps to migrate off of Windows Server 2003. Make no mistake, this will be a process – perhaps even painstaking at times.

Still, with the right IT consulting and project management expertise in place, businesses of all sizes will take advantage of this migration and view it as an opportunity to not only move forward with a fresher version of Windows, but also to modernize and power up for the next generation of business technology advancements.

Windows Server 2003 is going away … the time to prepare is right now.

Chris Miles is Founder and CEO of Miles Technologies, an award-winning IT, custom software, web design and online marketing firm in Moorestown, New Jersey. Miles Technologies in 2013 developed business by MILES, a Web based business operations platform designed to support all business functionalities. Miles is an expert in IT and business solutions.
One Reaction
Subscribe
Follow @smallbiztrends
RSS LinkedIn Pinterest iTunes