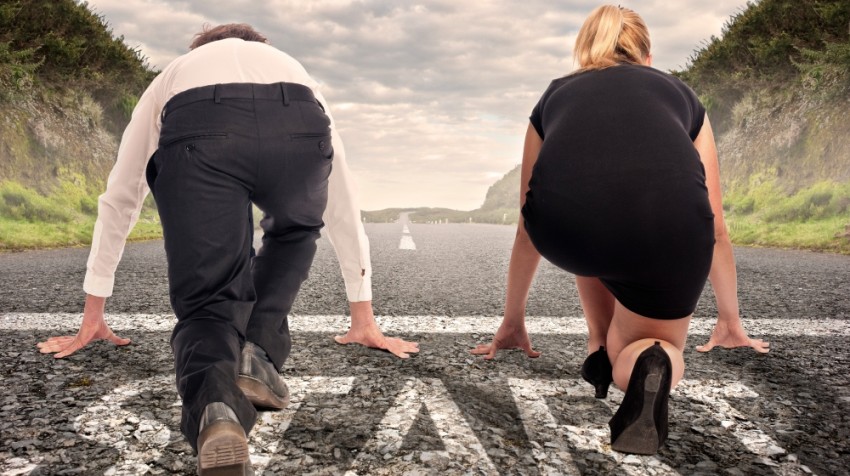 Do women employees at your company feel like they’re at a disadvantage compared to men? Even if you believe you’re a very equal-opportunity employer, and even if you’re a woman yourself, your female employees may not feel the same.

A new study by Palo Alto Software polled more than 1,000 employees and business owners, both men and women, and found that women are more than five times as likely as men to have experienced gender discrimination in a professional setting.

Over half (52 percent) of women report having experienced hidden gender discrimination in a professional setting, compared to just 9 percent of men. For example, nearly twice as many women as men (40 percent vs. 22 percent) say they’ve been called “bossy” at work.

While the average nation globally offers 18 guaranteed weeks of paid maternity leave to workers, the U.S. offers – zero. This lack of support for the efforts involved in raising children has a direct effect on women in the workforce. More than four in 10 (43 percent) women in the survey say they’re taken substantial time off from their careers, quit their jobs, or reduced their roles as business owners to care for children. Just 15 percent of men have done the same.

Taking even a short time off can have a big impact on a woman’s future career success. For example, the study found women with MBAs who took 18 months off earned 41 percent less, on average, than women with MBAs who didn’t take time off from their careers. No wonder 27 percent of women, compared to just 11 percent of men, agree with the statement “I believe I make less money than I would without children.” And while 38 percent of men say having children had no impact on their careers, only 19 percent of women said the same.

When it comes to child-friendly policies, the survey was somewhat surprising: More than half of both male and female CEOs surveyed say they’d consider allowing parents to bring their children to the office once in a while—and more than one-third of both women and men say they’d take advantage of that opportunity.

But why did the other two-thirds say they wouldn’t bring their children to work? Clearly, in the average workplace – being a parent is seen as a liability.

Why should small business owners want to change that? Here are just a few reasons.

Take a good look at your business and your attitudes – are you guilty of hidden gender discrimination? And what could it be costing your business?