Key Trends at Sole Proprietorships Over the Past 30 Years 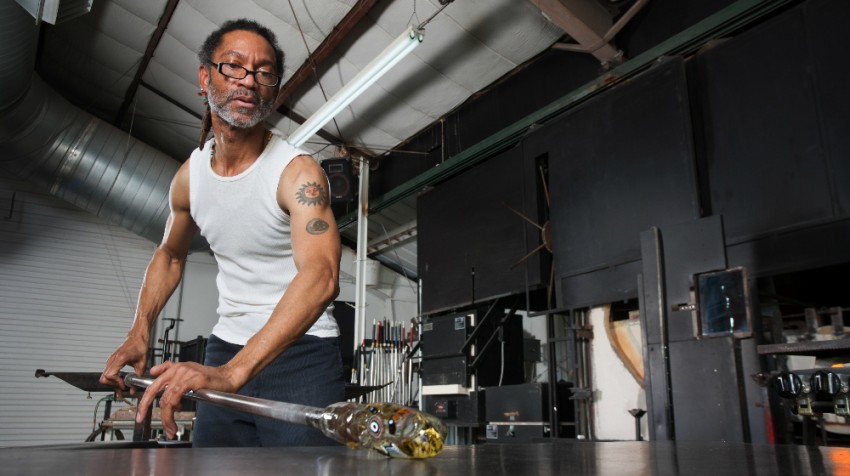 Between 1980 and 2007, Americans dramatically increased the rate at which they run sole proprietorships, moving from 39.2 for every thousand people in 1980 to 76.7 in 2007. While the per capita number of Schedule C filers declined slightly during the Great Recession and then increased slightly during the recovery that followed, the overall pattern remains one of an upward trend in the per capita number of sole proprietorships over the past 31 years.

The large increase in number of proprietorships was not met with a comparable rise in their revenues, which increased only 12.7 percent in inflation-adjusted terms over the three-plus decade period. The inevitable result was a dramatic decline in sales at the average proprietorship, which dropped from $122,000 to $52,400 when measured in inflation-adjusted terms, as the figure below shows. 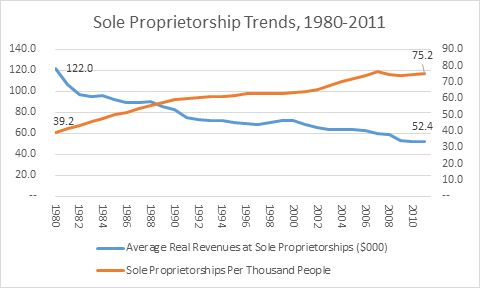