Local and Ecommerce Merchants Pick Up On Facekini Trend 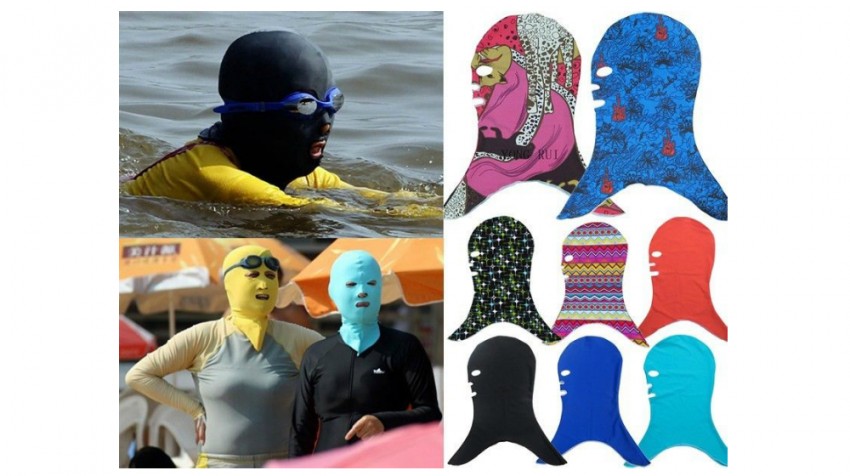 Retail trends can come in the strangest forms. But no matter where they happen in the world, the smartest entrepreneurs know how to spot them, promote them and turn them into a viable business.

The facekini, a cover for the face and head made from wetsuit material, may look strange to people in most parts of the world. But in Qingdao, China, it’s a growing trend.

Residents of this area aren’t interested in the tanned skin that normally goes along with a day at the beach. And so they use facekinis to keep their faces and necks covered up while swimming or doing other beach activities. The strange looking head gear can also (supposedly) deter creatures like jellyfish, mosquitoes and even sharks.

Retired middle-aged Qingdaonese women are the primary wearers of these interesting looking headpieces. These women especially value a pale complexion and will apparently go to great lengths to prevent skin tanning and the sun damage that goes along with it.

“I wear this because I fear getting tanned. I come here to swim often and the mask does work.”

Retailers along the beaches of Qingdao and online have taken advantage of the trend. Facekinis are available in various colors and patterns. Some are even sold with coordinating full-body wetsuits.

Social media users have taken notice of the facekini trend thanks to its unusual appearance. And even fashion magazines have incorporated them into photo shoots.

Clearly, it’s something you don’t see every day in other parts of the world. But while not necessarily the most attractive accessories, they do serve a purpose.

Originally, facekini inventor Zhang Shifan actually intended the product to protect wearers from offshore sea crabs. But when people realized that they can protect from the sun better than SPF or shade, facekinis really took off.

The facekini’s practical application is what got the product its first customers. But the unconventional appearance and all the attention that came along with it has likely played at least a marginal role in helping it grow.