New Details Starting to Emerge About the Latest MacBook Air 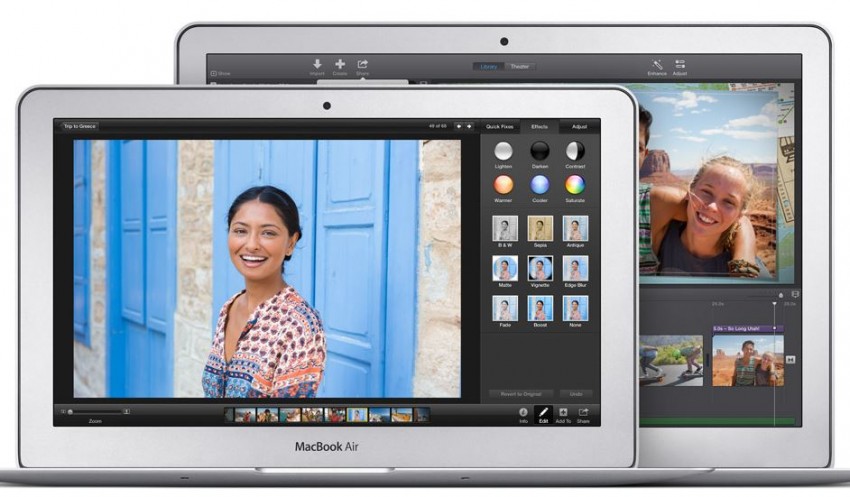 Apple may be launching the latest generation in the MacBook Air line by early next year. One report suggests that the new 12-inch device could be ready by March 2015. Blogger and noted Apple leaker Jack March reports that the new laptop from Apple will be fanless.

This would allow the new device to be considerably thinner and lighter than the current MacBook Air. Intel’s Broadwell processor is expected to be used in the new laptop, as well, to keep the device’s temperature low.

Also thinner on the purported MacBook Air are the bezels around the display. This means that the new laptop will more closely resemble the MacBook Pro with Retina Display.

The current MacBook Air model is just more than a half-inch thick when closed and weighs a little more than 2 pounds. But, based on these reports, the newer model could be much more slender with considerably less bulk.

In addition to its slimmed down and lighter weight body, March also suggests there will be no extra room on the side of the keyboard. Essentially, this means almost every inch of the anticipated device’s control surface will be dedicated to functionality.

The MacBook Air will also likely feature the new USB Type C port. It’s uncertain if Apple will include any cables to connect older devices with older USB connections, or if they’ll include it with an accessories package of some kind.

In a more recent Tweet, March dispels another rumor on the new Apple laptop:

This rumour is total crap, new MacBook Air will not have removable keyboard like Surface Pro 3 http://t.co/QA7XtOVKn4

The last MacBook Air device was released back in 2013. Soon after it hit the market, however, a lot of users complained of WiFi problems. This was especially troubling because the laptop was billed as a mobile productivity tool.

There are no early indications on the expected cost of the new MacBook Air when it’s released. The current model is selling for $899 through the Apple Store.