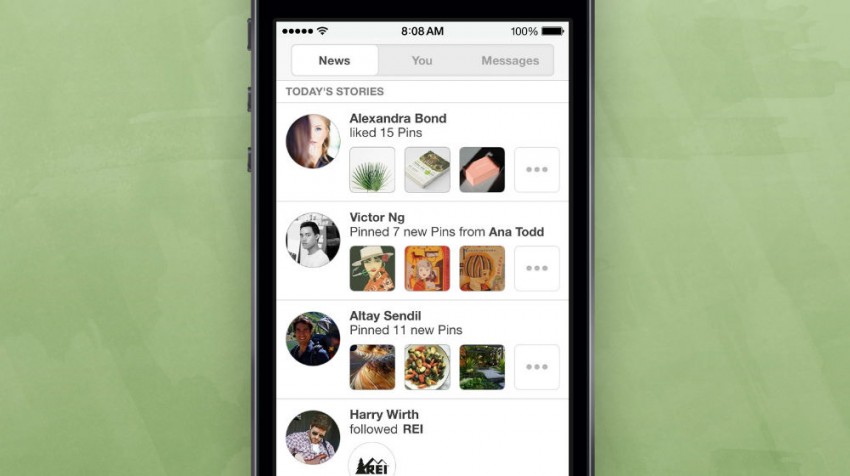 Visual social media marketing site Pinterest recently rolled out its new Analytics dashboard, in a move sure to delight businesses that use the site to market their companies. Facebook has long offered detailed analytics to business users. And  other sites (including Twitter, which recently expanded access to its analytics) are taking similar steps to meet marketers’ demands for more detailed data.

Up until now, Pinterest offered limited analytics limited to information on its web users. But the new dashboard includes data on mobile app use too. That’s hugely important since mobile accounts for 75% of all Pinterest activity, TechCrunch reports.

In addition to the announcement about the new analytics, Pinterest also announced recently a new feature it calls News. Users will see this on their dashboards and be able to view, at a glance, activity from people and brands they follow. So if someone is following your company on Pinterest and you create a new board or pin something, your followers will see that activity in their stream.

What These New Features Mean for Businesses

Both new features seem to indicate an effort on Pinterest’s part to provide more value to the business user. While being useful is admirable, there’s buzz that all this is to encourage businesses to invest in advertising on Pinterest, once its advertising offerings are more established. The site is currently testing out Promoted Pins, though it’s not widespread as of yet. Once advertising is up and running, Pinterest may give Google and Bing a run for their pay-per-click money.

Being able to see which pins or boards are getting the most attention can help businesses determine which products customers are willing to pay for. They can get useful data on where followers live, their language, and their gender. That will help them do a better job of targeting  their advertising. For example, knowing that the majority of the people who clicked a pin for a given product are 30 to 35-year-old women in North America is enough data to help you craft a customized marketing and advertising campaign on other channels.

The News feature is also beneficial for businesses, as it puts them top of mind with their followers, assuming they’re consistently active on Pinterest.

Whatever these new features bring for businesses, one thing is certain: Pinterest has firmly established itself in mainstream culture. In fact, retailers like Target are using Pinterest online and off. Last holiday season, Target implemented use of Pinterest into its marketing campaign, and currently uses an “As Seen on Pinterest” logo in stores next to products.