Going Nuts? This Family Business is, and They’re Doing it Successfully 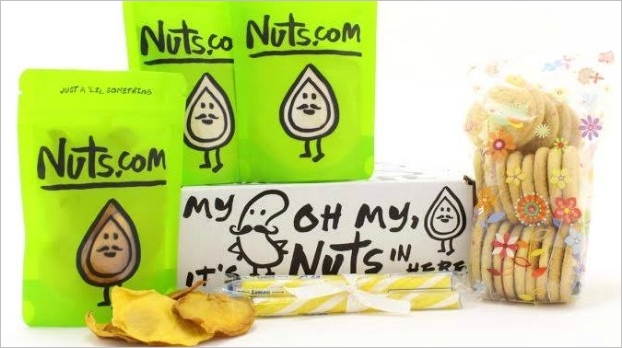 Jeff Braverman didn’t start his family’s nut business. But he did help it stay relevant in an increasingly online world. Braverman’s grandpa Sol originally started Newark Nut in 1929. It was not until 70 years later that his grandson would hire a friend to build the company’s first website.

NutsOnline was an instant success, as the small nut company was overwhelmed with orders. Braverman even remembers his father telling him to turn it off so that the small family business could keep up.

But despite the success of NutsOnline, it wasn’t the company’s first choice in domains. Braverman told Businessweek:

“When I set up the first website, I had a very limited budget. I remember distinctly that NutsOnline.com was my seventh choice. ”

When the business moved online exclusively, the website became even more important. So, Braverman felt the company needed to go for a new domain name too.

He said the company’s first choice this time, Nuts.com, was owned by a person in Guam who wanted a lot of money for the URL. Braverman originally offered $200,000 and was turned down flat. He finally just asked what amount of money it would take. Although it was a big investment, Braverman says he knew the importance of a simple and easy-to-remember domain. So he believed the cost plus design of a brand new, professional website would be worth it in the long run.

The new domain name and site launched in 2012. The company also hired a design firm to give its website and logo a complete overhaul. The family decided to embrace the quirkiness of their new online brand. So they worked with the designer to create cartoon characters and a new typeface to embody everything they felt the newly reinvented business now stood for.

All of these changes seem to be working. In 2013, the company brought in about $30 million in revenue. So what was once a local shop selling nuts in Newark, NJ has been able to rebrand itself and thrive in a growing digital economy.

All it took was a quirky domain name, a new image — and some online business savvy.