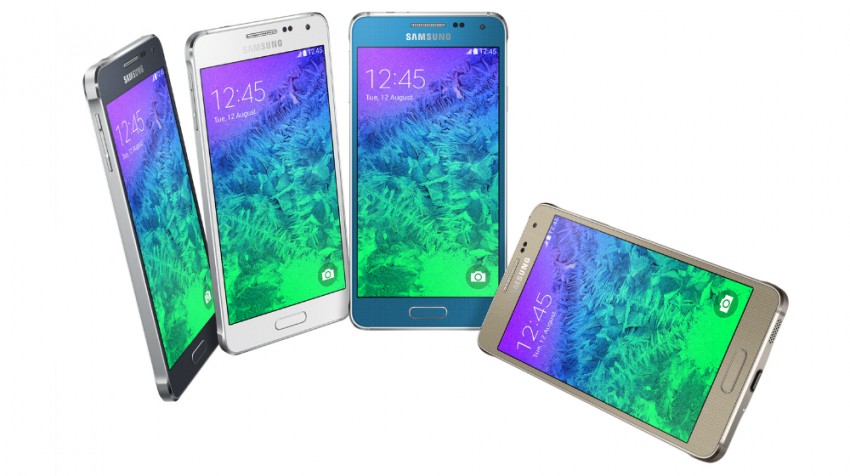 Samsung is about to release its latest smartphone on the market. The Galaxy Alpha will be available this week. At first, AT&T is the exclusive carrier of the new device.

Samsung says that the Galaxy Alpha smartphone is the first example of its new design approach. In a statement from Samsung on the unveiling of the Alpha, the company says that this new offering to the Galaxy line will feature a metal construction and solid finish.

Samsung CEO and Head of IT and Mobile Communication J.K. Shin says in a statement:

“With an entirely new appearance, the Galaxy Alpha focuses on both beauty and functionality combining a stunning metal frame and slim, lightweight design with the same powerful hardware and features users expect from a flagship Galaxy mobile device.”

While Samsung has previously excelled at offering larger devices, like phablets and tablets, the Galaxy Alpha has a more compact 4.7-inch, HD Super AMOLED (1280 x 720) display.

There is a 12-megapixel rear-facing camera on the device. Samsung says the camera captures UHD 4K video at 30 frames-per-second. There is also a 2.1-megapixel front-facing camera for use in video chats or for taking self-portraits.

Galaxy Alpha is less than 7mm thick, making it one of the thinnest smartphones that Samsung has offered.

Of course, this new smartphone will operate Android 4.4 (KitKat) on an Octa Core or Quad Core 2.5GHz processor. It’s sold with either 16GB or 32GB of internal memory and 2GB of RAM. There is no microSD expansion slot, though.

The device also has a USB 2.0 port and is Near Field Communication (NFC) enabled, for ease in making mobile payments. One of the unique features on the Galaxy Alpha is a power-saving mode. Users can activate this option when the battery level reaches 10 percent. Enabling Ultra Power Saving Mode shuts down all the phones other functions. But it allows users to go on making and receiving calls and text messages for a full day on the lower power level. There is also a fingerprint scanner for unlocking the device and for other functions.

AT&T says Galaxy Alpha will be available for $199.99 on a two-year contract. Without a contract, it will retail at $612.99. AT&T also offers two payment plans for the device both amounting to about $30 a month.

Phandroid reports other carriers for the Galaxy Alpha may be added in the future.