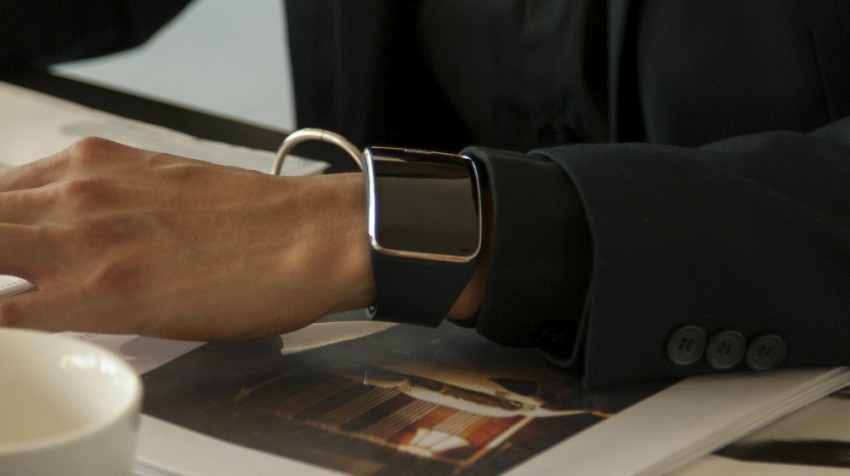 The display on the new Samsung Gear S smartwatch may not be the first in the company’s line of wearables to feature a curved face. But with a 2-inch OLED display, it is certainly the largest. And with 3G connectivity, the Gear S is one of the few smartwatches allowing you to get online even if you are nowhere near your smartphone.

Samsung has just announced that four of the top mobile carriers — AT&T, Sprint, T-Mobile, and Verizon Wireless — will be offering the new wearable device. And AT&T announced late last week that customers could begin previewing the device in 125 of its retail stores.

This makes the sixth in Samsung’s line of smartwatches since announcing the Samsung Galaxy Gear last year. Since then, other tech companies including Apple, HTC, Motorola, and Sony have all announced plans for similar devices.

Samsung announced plans for the Gear S smartwatch at the end of August, around the time the company was unveiling one of its more unusual wearable devices, a tech necklace called the Samsung Gear Circle. But this is the first time the company has announced more specific details about the new smartwatch’s release.

Besides its large curved Super AMOLED display, the Gear S’s other main selling point may be its connectivity. The new wearable device will use 3G and WiFi to access the Web. Its Bluetooth connection keeps the Gear S linked to a compatible smartphone even when that phone is not in immediate proximity.

That means you’ll be able to send and receive phone calls and use other functions even when you don’t have your smartwatch on you, according to the company.

In a recent release on the device, Samsung Electronics CEO and head of IT and mobile communication J.K. Shin explained:

“The Samsung Gear S redefines the idea of the smart wearable device and the culture of mobile communication. It will let consumers live a truly connected life anywhere, anytime.”

Android Central also reports that the Gear S smartwatch will operate on a 1GHz processor with 512MB of RAM and a 300mAh battery. Samsung says the Gear S battery can last up to 2 full days.

No pricing has been discussed for the new Gear S, yet. However, Samsung’s first Galaxy Gear smartwatch currently retails at $199. So this may be some indication of what we can expect in terms of pricing on the new device.