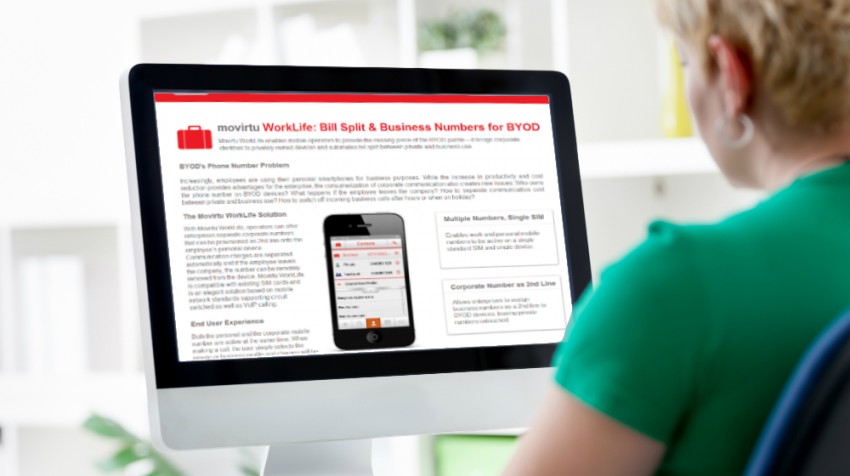 Separating work from pleasure is difficult enough, but when it comes to your employees using company smartphones for personal use, it can be costly.

Soon however, it may be easier to separate personal voice, data and messaging charges on personal devices from business ones.

BlackBerry recently acquired SIM developer Movirtu. The company provides technology that lets users have multiple numbers active on a single device. This means the possibility of separate BlackBerry accounts for business and personal. For small businesses, this could help conserve valuable data allocations and also save on the time that comes with trying to monitor employees’ personal use of company-owned devices.

Conversely, with the rise of the “Bring Your Own Device” (BYOD) movement in which many employees would rather use their own technology, this makes it much easier to separate personal from company use.

Movirtu CEO Carsten Brinkschulte says that his company’s goal is to create virtual identities on smart devices. This allows the same device to operate under two different accounts. In a post on the Inside BlackBerry Business Blog, Brinkschulte explains:

“Enterprise customers will now be able to provision a single device for corporate and personal use; allow discrete enterprise policies to be applied to only the work side of the device, while allowing full usability of the personal portion of the device; split bills for voice, data and messaging; and provide the ability to switch between profiles easily.”

BlackBerry notes that a recent ruling in California requires companies to reimburse employees for data and call charges that an employee incurs while using their own smart devices for work use. The solution being considered by BlackBerry and Movirtu would make this much easier on a practical level.

Brinkschulte says his company already has worked with all the major mobile carriers in the past and those industry connections could result in a rather rapid integration of Movirtu’s technology into BlackBerry devices in the future.

BlackBerry says it plans to introduce Virtual SIM identification technology into devices soon. These devices will be supported by all major mobile carriers, too.