The Generation Gap is So Over! Read “The Gen Z Effect” to Find Out Why

The Gen Z Effect book is an ideal read for business owners, managers or anyone working with multiple generations in any capacity or looking to influence them. 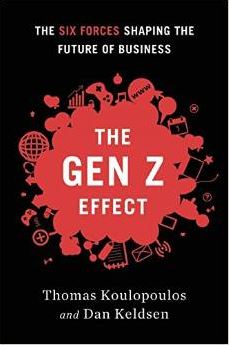 The book The Gen Z Effect: The Six Forces Shaping the Future of Business by Dan Keldsen (@dankeldsen) and Thomas Koulopoulos (@tkspeaks) addresses this new generation.