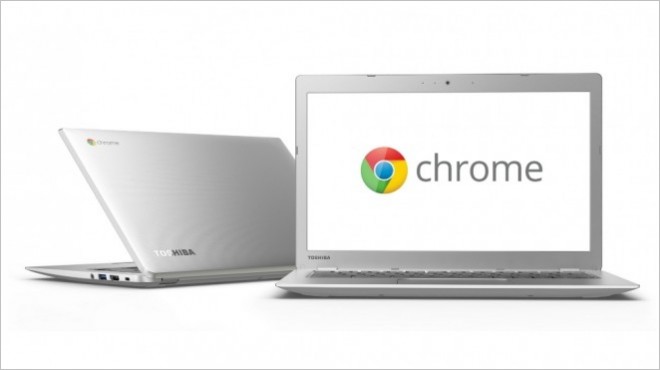 Toshiba’s latest crop of Chromebooks offers one model with better processing and better screen quality than most of its competition – the Toshiba Chromebook 2.

The Chromebook 2 from Toshiba with those improved specifications will set you back a little more than the average, however. At just less than $330, the souped-up Chromebook 2 has a full HD display with IPS (In-plane switching) technology. The IPS display uses a liquid crystal technology that improves color and contrast for a more vivid picture.

The high-grade Toshiba Chromebook 2 will also have 4 GB of RAM storage and the latest generation Intel Celeron processor. The full HD model has a battery with about 9 hours of life on it, according to Toshiba.

Though initially aimed at the education sector, an increased adoption by business users is leading to the Chromebook’s growing popularity.

This higher-end Chromebook may be the best available, according to a review from ArsTechnica.com. Typically, Chromebooks sacrifice on internal specs to keep the prices of these devices competitive. The more expensive Toshiba Chromebook 2 slightly bucks that trend, based on the review.

The base model of the new Chromebook 2 starts at just less than $250. This model only has 2 GB of internal memory and a less vibrant, standard HD display. It does, however, give users about 2 more hours of battery life per charge, according to Toshiba’s estimate.

Both models of Chromebook 2 will have the same Intel Celeron processor. This is different, and inferior, to the previous processor in the original Chromebooks from Toshiba, according to ArsTechnica.com. However, a faster GPU on board the newer models should make up for any performance issues caused by the weaker processor.

The new Toshiba Chromebooks each have a 13.3-inch display. Each model also comes standard with an HD webcam, one USB 3.0 port, one USB 2.0 port, an HDMI output, an SD Card slot, and a security lock slot. Skullcandy-branded audio is also included in Toshiba’s newest Chromebooks.

“Our hardware design is evolving alongside Chrome OS. The Toshiba Chromebook 2 has the right mix of features and performance to make it a standout device in the category. We designed our new Chromebooks for both the consumer and education markets, focusing on key experience-driving features that cross boundaries – a great screen, awesome audio and a stylish, thin and light design for greater portability.”

The new Toshiba Chromebook 2 will be available in October.