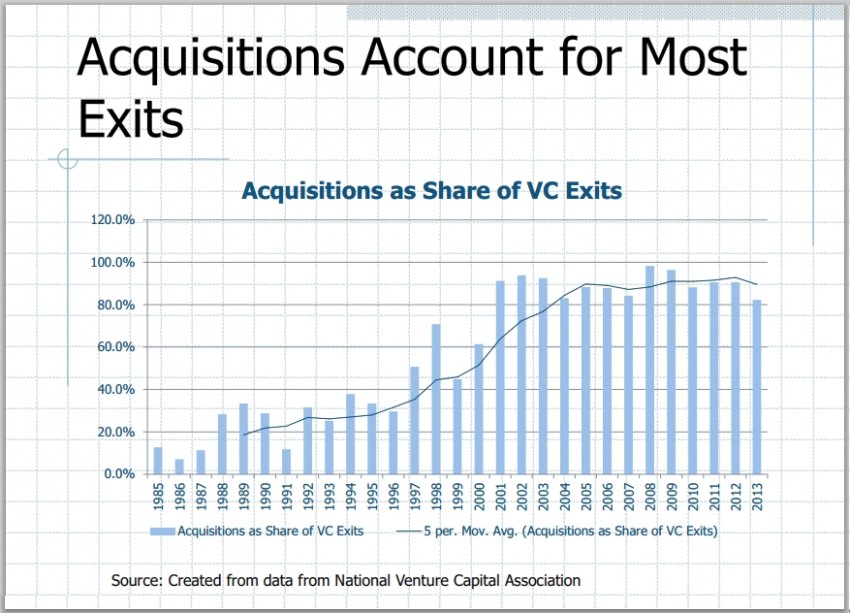 Four years ago Dr. Scott Shane wrote about  a presentation he had made at a workshop at Federal Reserve Bank of Cleveland on trends in the venture capital industry. In the intervening period, a number of people have asked for updated slides.

Venture Capital Investors Rely on Acquisitions, Not IPOs, To Exit

Acquisitions have accounted for more than 80% of venture capital exits since 2001, according to data from the National Venture Capital Association. See slide above.

Today, venture capitalists don’t look to the public markets nearly as much to exit. Venture capital backed IPOs have been scarce since the year 2000. And when exits do occur via IPOs, the median age of their portfolio companies has gone up — it’s now six years old.  The trend away from IPOs is illustrated by this chart showing that IPOs as a percent of VC investments five years prior, have fallen significantly: 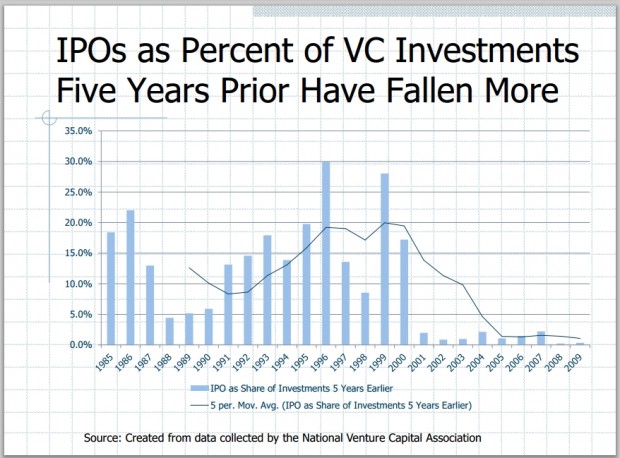 By a number of measures, the venture capital industry is shrinking.  Capital under management by VCs has trended down since the year 2000. 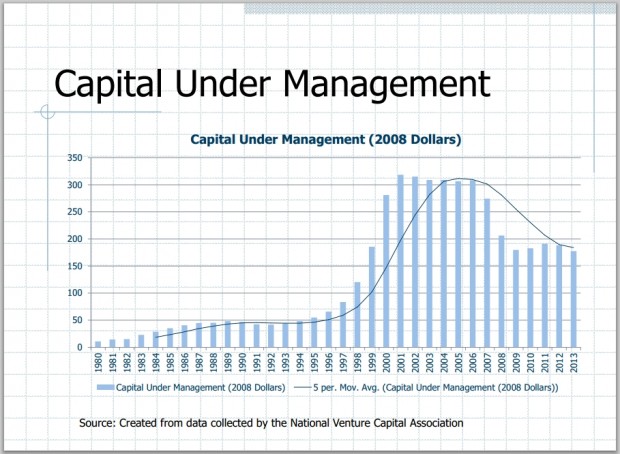 Venture Capital Trends: A Shift Away From Early Stage

VC firms are showing a distinct move away from early stage (i.e., seed and start-up) deals. In 2013, early stage deals made up just a little over 5% of venture deals.  Twenty years ago early stage companies made up almost 25% of the total number of deals. 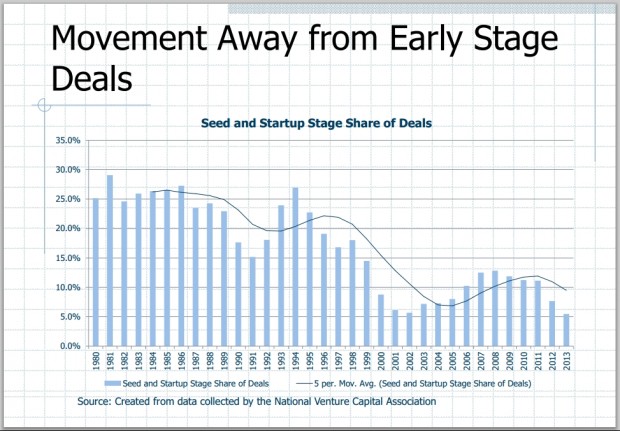 Follow on deals are not growing in size.  And the initial deal size is shrinking in inflation-adjusted terms.

What Happens if  the Venture Capital Market Changes

Venture capital is important for building high growth companies.  There is no good substitute for venture capital. Angel investments are too small and early.  Lenders and banks cannot earn appropriate returns and still adhere to usury laws. And the crowdfunding market is too small.  Without venture capital, there may be fewer innovative new firms.