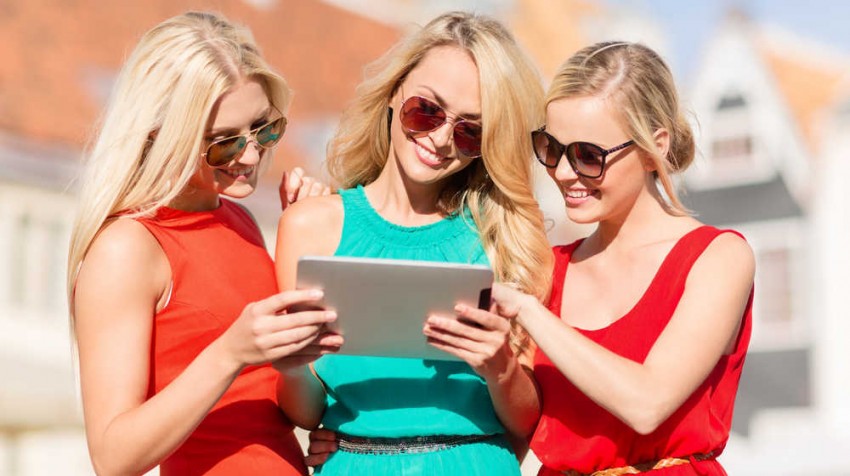 Tablet devices of every shape and size have begun to proliferate and cloud prices are dropping. It’s hard to keep track of the technology that can make your business run more efficiently. Not to worry. The Small Business Trends editorial team has your back. Here’s our Small Business Trends roundup of the latest tech and other news important for running your small business this week. Enjoy!

Apple has dropped prices for data storage on iCloud. The company announced the changes in conjunction with the release of a new set of iPhones and new mobile operating systems, iOS 8 and OSX 8 Yosemite. The new pricing was eclipsed by the announcements of the iPhone 6, iPhone 6 Plus, and by Apple Pay, a mobile payment platform that allows users to pay with their smartphones.

There may be another new player in the smartwatch arena by early next year. A new HTC smartwatch could be available by the beginning of 2015. If so, it will be entering an increasingly crowded market. At the same time, it’s a market filled with consumers still lukewarm to the idea of smartwatches or any other wearable smart devices.

HP will acquire Eucalyptus Systems, a cloud startup. The companies have not disclosed financial terms of the deal though Information Week and other sources have speculated it could be around $100 million. The move is said to be an acquihire, an effort to obtain cloud computing talent HP needs to enhance its own cloud service offerings.

Recently, Instagram announced on its blog the release of its new app “Hyperlapse,” a fun way to film and create your own high-quality time lapse videos. Time lapse videos are sped up videos to show longer footage in a shorter period of time. For example, you can record an entire sunrise and use time lapse to show all your footage in seconds.

Visual social media marketing site Pinterest recently rolled out its new analytics dashboard, in a move sure to delight businesses that use the site to market their companies. Facebook has long offered detailed analytics to business users.

Plenty of businesses use Facebook as part of a larger marketing strategy. But Wendy Gavinski used it to market her business almost exclusively. Her company, Divas SnowGear, is a retailer of women’s snowmobile clothing and accessories.

Handling Dissatisfied Customers Successfully, To Win Them Back

No matter how great your products and services are, you’re going to lose customers at some point. But the question is: How do you get them to come back? Of course, you can’t make every dissatisfied customer give your business another chance. But to entirely disregard anyone who leaves your business would be a mistake too.

Tips for Tracking Employee Time Effectively in Your Business

As important as tracking employee time is for organizations, it is typically tough to get employees jazzed about it.  From their point of view, it’s at best a minor administrative nuisance. At worst, it’s a waste of time entirely. Companies have tried various ideas to make time tracking more fun and less of a chore for their employees.

Today at its #Inbound14 conference, HubSpot announced the launch of its sales platform. The platform consists of Sidekick, which is a sales acceleration product, and the HubSpot CRM system. HubSpot is known for its marketing platform, and today serves 11,500 customers with it.

eBay plans a new mobile ad network to be launched by the end of 2014. The network would allow advertisers to target 4.6 million daily visitors to eBay’s mobile app. The company unveiled details with a new page on its official website recently.

Local and Ecommerce Merchants Pick Up On Facekini Trend

Retail trends can come in the strangest forms. But no matter where they happen in the world, the smartest entrepreneurs know how to spot them, promote them and turn them into a viable business. The facekini, a cover for the face and head made from wetsuit material, may look strange to people in most parts of the world. But in Qingdao, China, it’s a growing trend.

Following a path also being blazed by Facebook, a new Twitter Buy button is currently in testing. Twitter says it is partnering with companies like Fancy, Gumroad, MusicToday, and Stripe to implement the Buy button into Tweets.

Spotlight: elMejorTrato Runs a Startup With No Bosses

Can a startup function without bosses? ElMejorTrato.com has proven that it can work. Two years ago, the tech company decided to get rid of managers and instead trusts its team to do their best work without direct superiors. The business also uses four-day workweeks instead of traditional five-day weeks, and has some non-traditional methods of communication and collaboration.

Ways You Can Reduce Your Email Clutter Starting Today

Email is the blessing and bane of modern business. A tool that singlehandedly can change your marketing, communication, customer service, and project management for a company. At the same time, email has become the never ending relentless march of communication that becomes an impossible burden to keep tabs on in business.

Getty Sues Microsoft: Why It Is Risky to Grab Images Off the Web

Tablet on the go image via Shutterstock