Why Did Botto Bistro Ask for Negative Yelp Reviews? 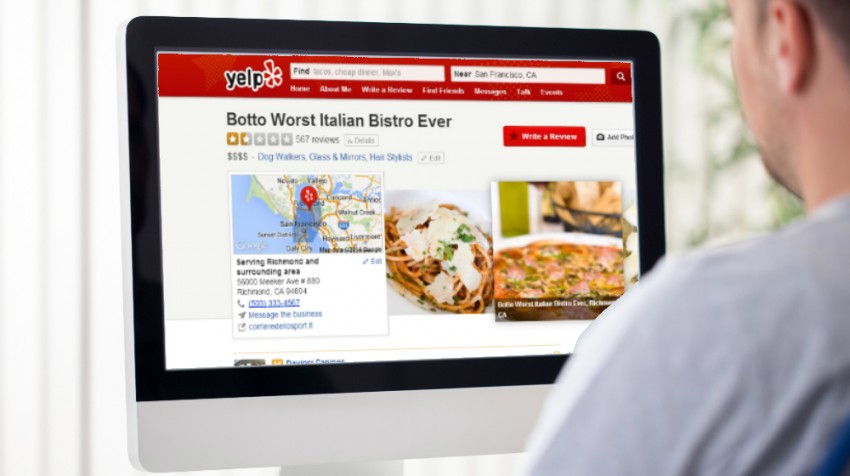 The owners of an Italian restaurant frustrated by being unable to get Yelp to take down the page for their business, have turned the tables. They’re asking customers to post negative reviews instead, with sometimes hilarious results.

Botto Bistro, of Richmond, Cal. first got involved with Yelp a couple of years ago, when owners Davide Cerretini and Michele Massimo bought some ads on the site. They say they did so after receiving numerous calls from the site’s ad sales staff. But they were not satisfied with the results, so they dropped the ads after only a few months.

Their frustrations with Yelp were further exacerbated because ads for competitors were appearing on their restaurant’s listing. So they asked that their page be removed from the site completely only to be told this would violate Yelp’s policies. Vince Sollitto, Yelp’s communications head told CNN:

That didn’t sit well with Cerretini and Massimo. So they began to take matters into their own hands. The restaurant began offering customers 25 percent off a pizza if they wrote a negative Yelp review.

The restaurant owners were told this promotion was also against the rules on Yelp, and they’ve since discontinued it. But Cerretini is still proud of the promotion and its lasting effects. He told CNN:

“I’m using them the way they were using me.”

To date, the restaurant has more than 1,300 reviews. Most give only one-star and leave sarcastic and highly entertaining comments. These tongue-in-cheek reviews run the gamut from those claiming to have contracted ebola virus by eating there, to those who insist the restaurant is a front for organized crime.

And it’s all worked out nicely for Botto Bistro. Since the negative reviews started to appear, the restaurant has had to hire five new staff members to keep up with all the demand.

It’s certainly a twist to build a brand on negative reviews. Of course, Cerretini and Massimo had really only set out to draw attention to Yelp’s review and posting policies. But in the end, for these small business owners, negative reviews seem to have become the best marketing of all.