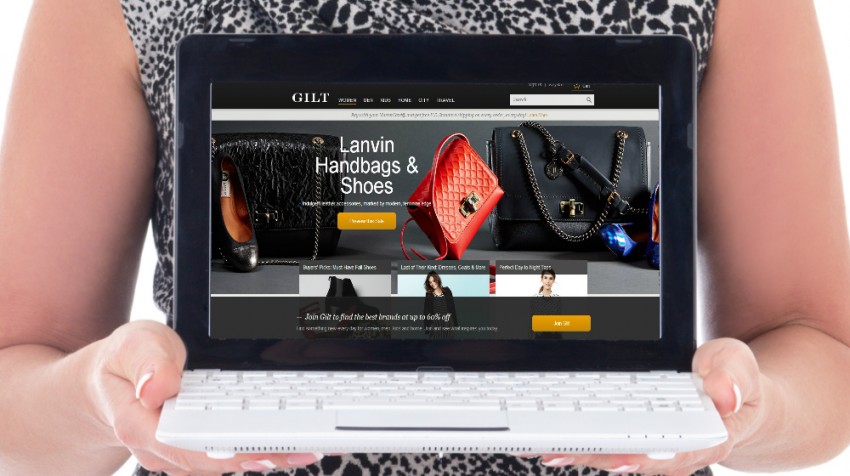 Fashion is a huge industry and it’s growing every day. The global women’s clothing industry, just a piece of it, is expected to exceed $621 billion in 2014. And how many industries do you know of on that scale?

Below are some online fashion startups to watch.  Those that are experimenting with interesting ideas, and gradually bringing fashion online.

Gilt Groupe, based in New York, is considered one of the most successful of the category. They run flash sales on their site, and have raised $236 million in funding. They are looking to go public in late 2014, according to some reports.

Vente-Privee, Gilt’s European predecessor, actually invested the concept of members-only private sales of designer clothing, and continues to run a sizeable business with a primarily European focus. Although, they are also in the United States now.

Stitch Fix, a well-funded online fashion company is experimenting with personalized styling. It sends a personalized selection of items to people’s homes. Customers can pay for what they keep, and return the rest. It’s a San Francisco company that has raised close to $50 million in venture capital.

Rent the Runway, based in New York, operates on the premise that instead of buying expensive designer clothing, fashionistas would like to rent. In tune with the millennial generation’s sharing economy, the company has built a $100 million plus business that successfully manages a complex logistics operation. VCs have backed them with over $50 million in funding.

Nasty Gal, headquartered in Los Angeles, sells vintage fashion online, and has developed quite a following. This is a classic story of an eBay seller who really found a niche and developed a brand around it. Nasty Gal now does over $100 million in revenue, and has raised close to $50 million in funding.

Net A Porter, based in London, was founded back in 2000, and was acquired in 2010, and focuses on luxury fashion. The company’s revenues are now well above $500 million. This is no longer a startup, but, deserves mention as a successful one that has already found a great exit.

Trunk Club, a personal shopping site for men’s clothing based in Chicago, also found a great exit after raising a relatively modest $12.4 million. Nordstrom bought them recently for $350 million.

Myntra, based in India, is the leader in the Indian online fashion market. They raised over $150 million, and were acquired this year by Flipkart for $330 million.

JackThreads, also a men’s fashion site, merged with a content company, Thrillist, focusing on the same segment, and continues to be successful.

Weddington Way is a smaller company based in San Francisco that focuses on wedding fashion. They have raised just over $2 million and are generating over $5 million in revenue.

There are many more. San Francisco, New York, Paris, London, Los Angeles are each vying for the distinction of becoming the online fashion capital of the world. The total transaction volume of the online fashion market is still a minuscule percentage of the total fashion industry.

But one thing we can be absolutely sure about – it will grow. And online fashion entrepreneurs have a fantastic opportunity ahead.

Sramana Mitra is the founder of One Million by One Million (1M/1M) initiative, a virtual incubator that aims to help one million entrepreneurs globally to reach $1 million in revenue and beyond. She is a Silicon Valley entrepreneur and strategist who writes the blog Sramana Mitra On Strategy.
3 Reactions
Subscribe
Follow @smallbiztrends
RSS LinkedIn Pinterest iTunes