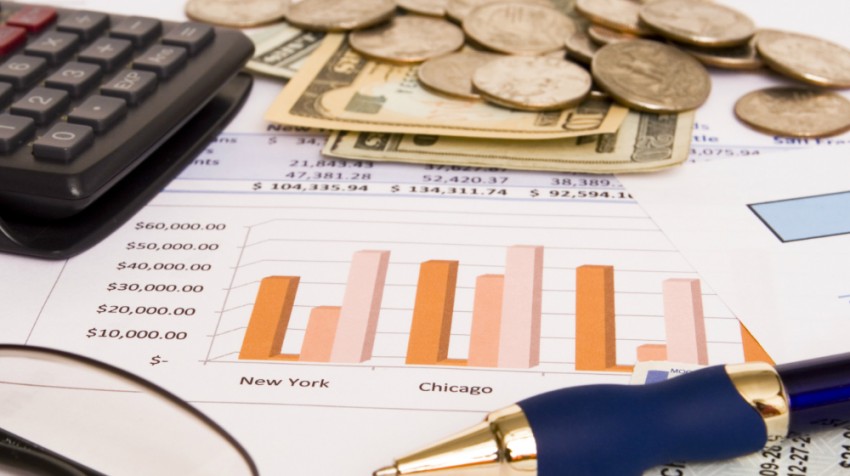 Bank lending to small businesses has been on a long term decline, with number of loans of less than $1 million – a common proxy for small business lending – falling from 51 percent of the number of commercial and industrial loans in 1998 to 25 percent in 2014, data from the Federal Deposit Insurance Corporation reveals.

Some observers have suggested that finance companies – non-bank entities that raise money by issuing commercial paper and bonds rather than by taking deposits – have been substituting for banks as a source of small business credit. However, Federal Reserve data show that finance companies have been accounting for a shrinking share of small business loans for nearly two decades.

Using data from the Federal Reserve’s Financial Accounts of the United States accounts, which summarizes the on-and-off balance sheet data that the monetary authority collects quarterly from finance companies, I calculated outstanding financing company loans as a fraction of both total liabilities and outstanding loans at the Federal Reserve’s proxy for small companies, noncorporate nonfinancial businesses (the combination of sole proprietorships and partnerships that comprises 82 percent of all U.S. companies), annually from the 1980s until last year.

Finance companies have not, it appears, made up for the declines in bank lending to small businesses that have occurred in recent years. While the $38.9 billion in finance company loans to nonfinancial noncorporate businesses outstanding in 2013 may sound like a lot, it’s not when it’s compared to the $4.2 trillion in total outstanding loans on the books of these businesses. 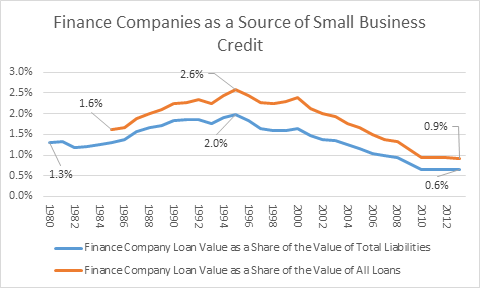