5 Ways Your Business Can Use Snapchat 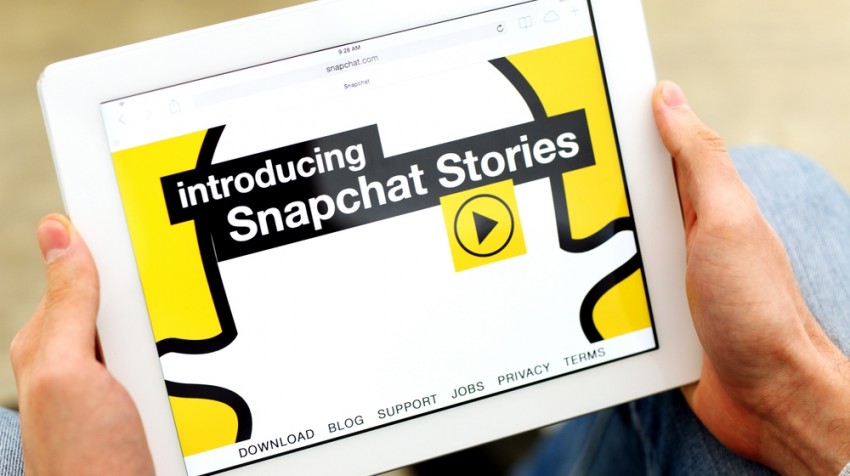 However, even though its focus is on sending photo and video messages one at a time (which also expire after a time period you set), it can be difficult to see the potential benefits of this popular social networking app, which remains one of the most popular downloads in both the Apple and Android app stores.

However, there are several benefits to using Snapchat to announce new products, humanize your company, and stand out from your competition.

How Businesses Can Use Snapchat

This is one way Taco Bell uses Snapchat, and they do it so well. Usually, they have employees showcase new products through several snaps, creating a Snapchat story of the product and why customers should go check it out as soon as possible.

In a recent Adweek article about Taco Bell’s dominance of Snapchat, a spokesman says they have a 80% open rate on the snaps they send, which is unheard of for any other marketing method, from email to Twitter.

Taco Bell is successful on Snapchat because they talk in the language of the main audience that is using the app– millennials and teens who make up the 16-35 age bracket. In the example Adweek gives: 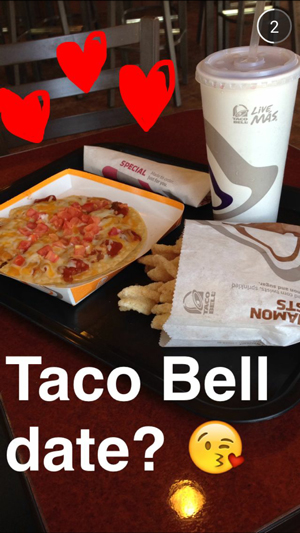 They use emojis, something which is a major part of the texting language of the 18-35s age bracket. If you speak in the right language without seeming condescending or desperate, Snapchat users won’t mind engaging with your brand.

The frozen yogurt chain 16 Handles is in the Snapchat Marketing Hall of Fame for their campaign, which gave customers a unique and varying discount when they visited one of their stores and opened the snap from the company at the register. The customer didn’t know how large of a discounting they were receiving until they were about to pay for their yogurt.

For companies that have an eCommerce or store presence, this can be a great way to capitalize on the fleeting nature of Snapchat, while also engaging with users on the new platform. Because Snapchat doesn’t allow you to send snaps to users who haven’t added you back, you are already dealing with a more engaged user base (because they had to accept you as a friend first).

This can help you reward loyalty as well as help you build up your audience base on the social app.

Another way to communicate with your audience that many companies aren’t doing yet is to provide real time assistance or interactions in 2-10 second photos or videos.

Let’s say a user snaps you a photo of your product still in its packaging, saying it is too hard to unwrap. If there is a quick way to show them your product’s exclusive opener tab that makes it easy, a photo or video demonstrating it would be a great way to answer their question while also establishing your brand’s trust and dedication toward happy customers.

It also doesn’t hurt to be proactive about it…send a snap of where your store is if the directions are confusing or direct users to where your latest coupon is in this week’s newspaper.

Show How Fun It Is Behind The Scenes

Like most social networks, Snapchat was created in the spirit of having fun while connecting with the people users love most. Companies who will be successful at Snapchat should heed this same spirit if they want their campaigns to be successful.

One way to do this is to use your Snapchat account to show users things they normally wouldn’t see on other social networks or through most marketing campaigns. This gives them a reason to interact with you on the platform. One good example of this is the NFL team the Philadelphia Eagles, which has thousands of connected users and uses Snapchat to share new products or footage of locker room sing-a-longs and game prep.

Stand Out From Your Competition

One major thing Snapchat has going for it is that not many companies are using it (though the numbers are growing steadily). If you get ahead of now, you will not only be a Snapchat pro by the time the rest of those in your field are still learning how to use it, but you’ll be able to harness the latest features Snapchat releases, like building stories with multiple snaps, chat, and the ability to show breaking news (which is a feature Snapchat is working on).

With a userbase in the millions and a valuation of $10 billion, Snapchat is a viable social platform that shouldn’t be ignored by most businesses.

Sujan Patel has championed Internet marketing and entrepreneurship for over a decade. His experience, ideas, and strategies have helped hundreds of companies build and strengthen their businesses online. Sujan is the VP of Marketing at thisCLICKS, the makers of When I Work — an employee scheduling software solution for small businesses.
16 Reactions
Subscribe
Follow @smallbiztrends
RSS LinkedIn Pinterest iTunes