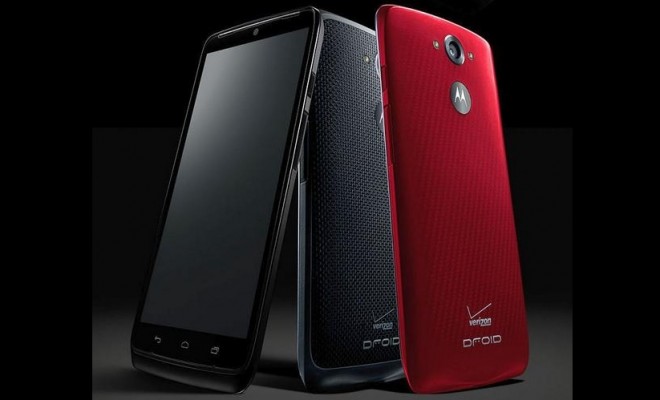 Forget Shamu-sized screens. The latest Motorola is said to have a camera that strays into pro territory. And if that’s not enough, the new Droid Turbo is believed to be built with wireless (Qi) charging. A recent tweet by famed tech leaker Evan Blass of @evleaks gives us our first look at the new device.

Motorola is trying to make a splash in the hyper-competitive smartphone market. And to do so, it looks like the company is focusing on some big innovations when building its latest line of devices.

A recently leaked user’s guide for the Droid Turbo hints that the device will definitely be available through Verizon when finally released. The image leaked by Blass shows a distinct Verizon logo near the bottom the devices too. The manual covers a number of the features unique to the new phone as well as its technical specs.

First, the Droid Turbo is expected to have a 5.2-inch display, Android Police reports. That’s smaller than the 5.92-inch display on the recently released Nexus 6 code-named Shamu.

But what the yet-to-be-released phone may lack in screen size, it appears to more than make up for in the quality of its camera.

The users guide indicates the new phone will include a 21-megapixel rear-mounted camera. That’s about as powerful as the camera included on the newly-introduced Panasonic Lumix CM1. The Lumix CM1 is Panasonic’s new high end camera with phone features.

Motorola also adds to the camera’s capabilities with dual flash. The user’s guide reportedly also describes flash units spaced on either side of the camera’s lens.

Another interesting feature of the Droid Turbo will apparently be wireless charging. But Motorola will also apparently make the phone compatible with its new turbo charger, reports indicate.

While it won’t have Siri, Cortana, or even OK Google, the Droid Turbo will feature Moto Assist, Motorola’s own virtual assistant smartphone app. Moto Assist will adapt to your routine keeping back all but important calls when you are in a meeting or at home at night. You can also use voice commands to activate voice mail or even tell your phone to ring to allow you find it if it’s been misplaced.

The leaked photo also seems to confirm descriptions of the phone’s physical appearance. The Droid Turbo is expected to feature a metal and fiber glass body and Kevlar coating and come in red and black.