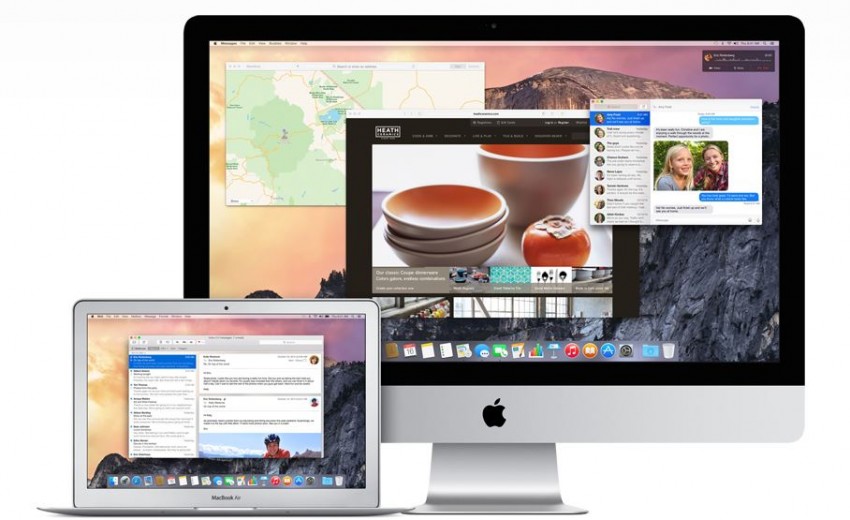 The latest update to the Apple operating system OS X Yosemite brings a new feature called “continuity” that officials say unites operation of the company’s iPhone and iMac. Think of it as a way to “hand off” active apps, documents, emails and even phone calls from your iPhone to iMac and back again.

Apple says the OS X Yosemite update means that a phone call started on your iPhone can actually be finished on your desktop. The same goes for an email. There’s no need to call up the mobile or desktop version of whatever app you were using on your other device.

To imagine the efficiency for non-Apple users, consider starting a call on your open Skype app on your Android tablet and then being able to simply continue the call on your laptop device without interruption.

The operating system is now available as a free download in the Mac App Store. Designed to run on Macintosh desktop computers and laptops, it’s available for any Mac computer made from 2009 until today. The OS X Yosemite Update is also available for a limited number of devices made in 2008 and 2007.

“OS X Yosemite is the most advanced version of OS X we’ve ever built, with a brand new design, amazing continuity features and powerful versions of the apps you use every day. OS X Yosemite ushers in the future of computing, where your Apple devices all work together seamlessly and magically. It’s something only Apple can do.”

Content too can be more easily shared among Apple devices with an improved AirDrop feature.

The OS X Yosemite update focuses more on how much of an app users will see when it’s active. Apple says that toolbars throughout OS X Yosemite are more translucent, showing more of an app’s active workspace. There are also translucent windows on the sidebar to access more content and apps. Apple even updated the system font on OS X Yosemite to make it more user-friendly and readable.

The updated operating system also makes it easier for desktop and laptop users to connect to a hotspot created by an individual iPhone. Here are some other features added to OS X Yosemite that would benefit any small business owner:

With the release of the OS X Yosemite update, Apple is also introducing a new programming language for creating mobile and desktop apps called Swift. Apple says Swift allows developers to write safer and more reliable code for their apps.