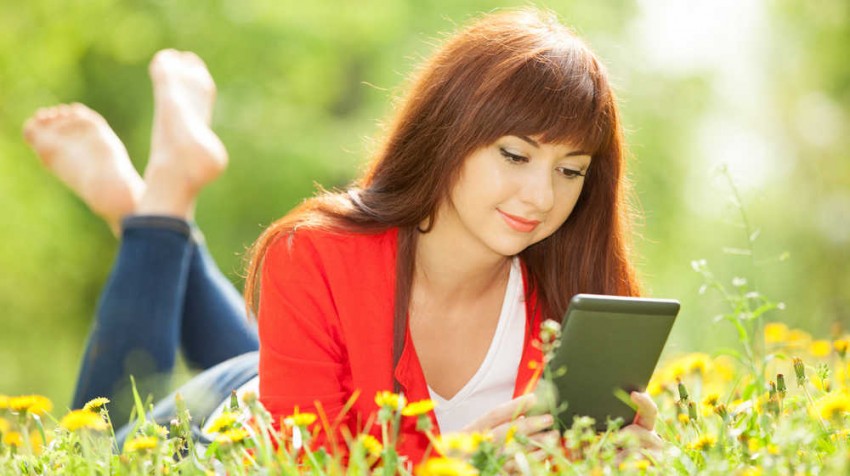 In addition, Facebook recently reintroduced an advertising platform that could compete on Google’s level. These social media headlines are just a few of the updates from the past week that could impact small businesses. Read on for the full Small Business Trends weekly news and information roundup.

“Places” Lets You Listen to Social Media Near You

If you run a brick-and-mortar business like a storefront or restaurant, you can now start aggregating what’s already being shared about your brand on social media. New York-based startup Moment.me recently released its Places tool, which aggregates social media mentions of a locale (think restaurant, store, or hotel) into one platform.

Google Versus Facebook Advertising: A Power Play With Atlas

Small business loans at big banks saw a 20 percent increase over this time in 2013. That’s according to the September 2014 Biz2Credit Small Business Lending Index, a monthly survey of 1,000 loan applications on Biz2Credit.com. The index shows small business lending is still climbing even if the sources small businesses are getting that financing from have changed.

How Sole Proprietors Responded to the Great Recession and Weak Recovery

Sole proprietors were hit hard by the Great Recession. In 2008, the number of sole proprietorships in the country declined by 508,000, after having increased in every year since 1980. Sales tanked. Revenues at the average Schedule-C-filer fell 11.2 percent from 2007 to 2009 in inflation-adjusted terms, Internal Revenue Service (IRS) statistics reveal.

With the C720P, Acer is bringing the cloud to your fingertips — literally. The C720P is the company’s first touchscreen Chromebook. And those touch capabilities are easy to use on the device’s 11.6-inch 1366 x 768 resolution display. It’s an HD LED back-lit screen that renders images and graphics in crisp clarity.

The new Arc Touch Bluetooth Mouse measures 2.32 by 5.12 inches and can work on just about any surface…from up to 30 feet away. We have no idea why you would want to work on your laptop or tablet from that distance though – and just saying, you could. Now, we know what you’re thinking. This is certainly not the first wireless mouse available for those who want a bit of flexibility.

Did You Know That Bad Weather Can Result in Poor Online Reviews?

There are plenty of factors that can affect online reviews: Customer experience, prices, or even just the quality of your product or service. But what about the weather? Can bad weather result in poor online reviews? Scientists from Georgia Tech and Yahoo Labs report that restaurants receive significantly better online reviews on days with nice weather.

Why Did Botto Bistro Ask for Negative Yelp Reviews?

The owners of an Italian restaurant frustrated by being unable to get Yelp to take down the page for their business, have turned the tables. They’re asking customers to post negative reviews instead, with sometimes hilarious results.

Home décor can be basic and drab. Or it can be vibrant and unique. Doug Frates Glass is a small business that aims to provide the latter. The company creates hand-blown, one-of-a-kind glass accents for homes, from colorful bowls to intricate floral wall mounts. Doug Frates started the business after serving overseas in the Marine Corps, and his company is made up of veteran workers.

You Could Hit the Retail Holiday Jackpot by Targeting Grandparents

As your small retail store prepares for the holiday shopping season, don’t forget about an often overlooked, but highly profitable, segment of shoppers: Grandparents. Polling company CivicScience analyzed data from nearly 185,000 grandparents who responded to its surveys in the past year. Below is what they found and how it can shape your holiday marketing.

Gifts for clients, customers and employees need not be mere gestures to maintain a business relationship. You can add meaning to these gifts and build a reputation as a company that cares. Consider these cause related, green and company charitable gifts and ideas for the ecologic and altruistic business owner.

How to Have a Stress Free Holiday Season in Your Business

Small business owners may see an increase in profits as the holiday season draws near. But there’s an increase in stress that comes with it. Whether you run an eCommerce business, tech solutions provider or some other kind of company, there are many extra tasks that go along with this time of year.

More than forty years ago, Anthony Toth began a life long love affair with Pan Am Airlines. Today that passion has turned into a thriving business. For Toth, it all started with a childhood fight to Europe back in the days when the majestic airline synonymous with luxury ruled the skies.

Back in August, rumors arose that Apple was set to begin production on its largest iPad ever. The company was originally expected to start manufacturing this new 12.9-inch iPad in early 2015. Then, plans were apparently bumped up with production set to start before the end of this year. Well now, it appears the company is going back to its original plan.

The Vertu Aster is a Smartphone On a Bentley Budget

It’s likely when most small business owners go shopping for a smartphone, they won’t be looking for one in the $7,000 range. That’s right, $7,000. That’s nearly the asking price of British luxury phone retailer Vertu’s latest entry in the smartphone market, the Vertu Aster. In fact, another of the company’s phones, the Signature Touch, retails for $21,900 here in the U.S.

What If Your Crowdfunding Campaign Doesn’t Raise Enough Money?

Considering using crowdfunding for your next project or startup? You’d better make sure you choose your goal and budget carefully. Crowdfunded startups may be successful in meeting their stated fund-raising goal, but STILL not have enough money. This happened to gaming company Double Fine Productions after it ran an initial crowdfunding campaign on Kickstarter.

Yoga isn’t normally thought of as a masculine activity. But there’s no really good reason for that. The benefits of yoga can apply to both genders and all age groups. So Dan Abramson is looking to get more men interested in yoga. To do this, he’s taking a somewhat unconventional approach.

Your Business Could Benefit From More Female Angel Investors

Angel investors are predominantly male. But there has been a shift over the past decade. There are more and more female angel investors joining the ranks. And that could mean more opportunities for your business too. In a post she wrote for Forbes, angel investor Marianne Hudson explains: “As a woman angel investor, I am excited to see more women in our field.