Teachings About Fear and Uncertainty in Business – Maybe? 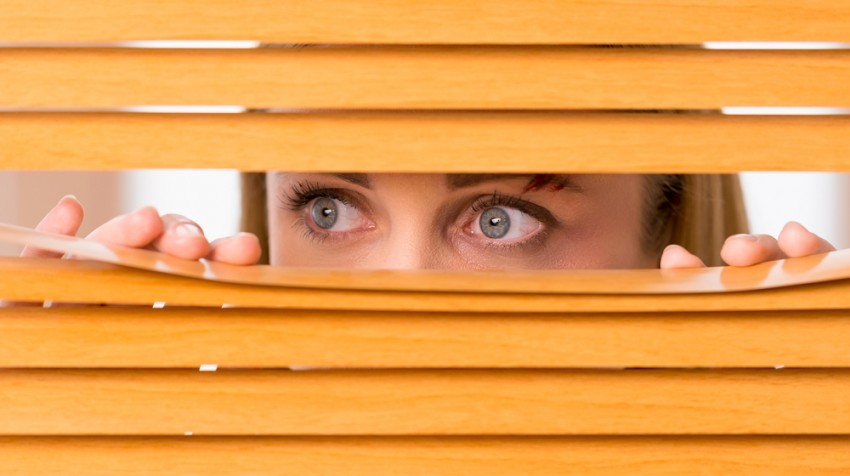 I’m a planner by trade. I always had a plan. (Pardon my bragging, but I’m the first name that comes up in unpaid search when you Google “business plan expert.”) But I never truly believed the plan or trusted it. In fact, for me at least, understanding uncertainty in business (and life), and living with it long term, has been critical to survival.

The plan there was to call uncertainty’s bluff, face it down and show it up as the man behind the curtain.

Things worked out for us. My wife and I are still married and our kids are grown up, educated and productive. We would never have gotten there if we’d been unable to jump and hope.

1. Don’t Let Needing to Know Lock You Out

Not knowing is tough, sure. But you can learn to live with it otherwise, you’re locked out.  You’ve heard it before. People say, “I could never stand that. I need to have a steady job. I couldn’t take it.”

Fair enough and understandable. But here’s the thing. Having that high security need means you can’t take chances. And not taking chances means you’ll never have the satisfaction of building your own business. You won’t be able to create something and see it grow. You won’t control your own destiny.

2. Better to Know You Don’t Know

When I left my last real employed job as a VP in a market research firm, one of the other VPs asked me, “How can you do that? You have a wife and four kids (our fifth came several years later).”  I answered, “And your job here is only as good as your current engagements. If you run out of clients, you’re out.”

I’ve consulted with some large companies where some smart “office-politics-savvy” people could hide in the corporate woodwork so-to-speak, to keep steady employment without much risk. However, they weren’t creating anything or making changes or taking risks. They weren’t getting any satisfaction – only money – and not that much. People who lead in larger company settings are at as much risk, in the best cases, as entrepreneurs. It’s just that they don’t know it.

I had friends whose booming fax board business was killed overnight when Microsoft bundled fax software with Windows. And acquaintances whose GPS-based businesses are dying because cell phones do navigation for free. The people in those companies thought their jobs were safe. At least entrepreneurs and small business owners know they aren’t.

Don’t trust facts. Don’t let the research make your decisions. All business decisions are guesses. Survey results are just as likely correct, as much as they are also likely incorrect and able to lead you astray because the research was done wrong. The focus group is likely to provide correct conclusions, just as much as they are also likely to give you the wrong conclusions because one charismatic person led the group wrong. Look at so-called facts as basic.  Much like whether sugar, eggs and butter are good for you or not. The answer depends on which generation you ask – or what the latest research was.

Don’t get me wrong. I love having the research. I really love having data to help me decide which way to go. But the trick is to use the data – and not necessarily always just blindly believe it. Don’t trust it. Always look for the flaws and always subject it to common sense tests.

Once I was in a meeting going over the analytics of a landing page. The group poured over the data, hot spots and back-end analytics trying to figure out why the landing page wasn’t performing. Finally the marketing lead, who was running the meeting, threw her hands up in frustration and asked, “Doesn’t anybody see how ugly this page is? Would any of you linger on this page?” The answer was no. She turned the group back to the fundamentals behind the analytics – and that new revision performed better.

This one brings me back to why I do believe in business planning. I’ve always dealt with uncertainty by breaking it down into smaller pieces. When I first left my market research job, I had a plan that listed possible jobs for possible clients and that – although none were certain and only some came through – made me more comfortable.

I can’t imagine jumping into a startup without a sales forecast and expense budget. But neither is likely to be right. It’s breaking sales down into units, prices per unit, channels, product lines and types of clients that makes the sales forecast manageable. Expenses in a startup business plan’s budget are guesses. But they should be educated guesses that are based on experience and asking the right questions.

Business planning is always uncertain. But it creates a system of connections and assumptions that can break the big vague uncertainty of a new business into pieces you can look at, one by one – and live with.

I’ve noticed that people in relationships have many different ways of dealing with uncertainty and guessing. Do you know a couple in which one wants to experiment with new restaurants and the other doesn’t? Where one is adventurous in travel and the other isn’t? Don’t underestimate the relationship-killing power of, “I told you so.”

My experience is that there are people who can live with uncertainty and there are those who can’t. The toughest entrepreneurship question I ever fielded was from a young person with a business plan whose spouse didn’t want to jump. I said, “You have to understand your priorities very well. A business that kills a relationship is not a good business, no matter what.”

My wife and I are lucky. We matched in this. When I said, “I think I can” she said, “Do it.” And added  that, “If you fail, we’ll fail together.” If you don’t match, that’s a real problem. It can kill your relationship – so be sure of your priorities.

Tim Berry is Founder and Chairman of Palo Alto Software, Founder of Bplans, Co-Founder of Borland International, Stanford MBA, and co-founder of Have Presence. He is the author of several books and thousands of articles on business planning, small business, social media and startup business.
13 Reactions
Subscribe
Follow @smallbiztrends
RSS LinkedIn Pinterest iTunes