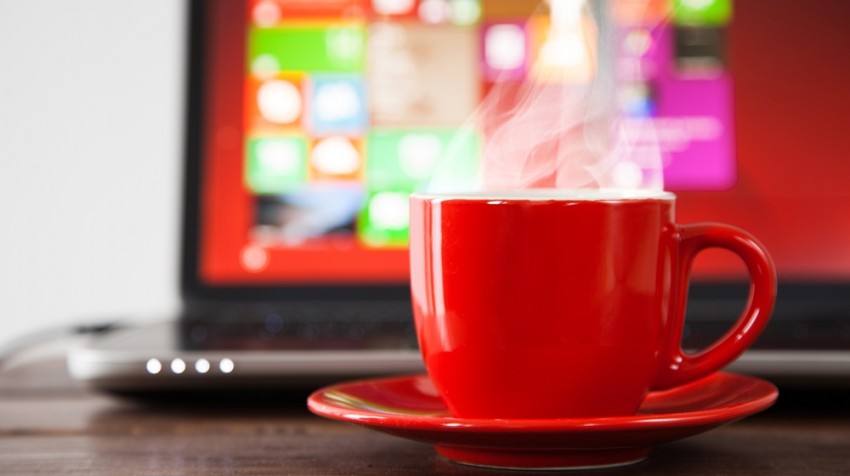 This week, online deals service Groupon introduced a new feature called “Pages.” The new feature is similar to Yelp in that it gives businesses an online space where they can display information and allow visitors to leave feedback. And that wasn’t the only online update in the business world this week. Google also rolled out a new version of Google Penguin, which decreases search engine rankings for sites that violate Google’s Webmaster Guidelines.

These updates could have a definite impact on small businesses. But they aren’t the only news stories that have made headlines in the business world this week. Here’s a full list of our top business and tech related posts in this week’s small business news and information roundup.

Groupon seems to be taking a page from the Yelp playbook introducing Groupon Pages. The new feature is another effort by the company to move away from its online coupon origins by providing more comprehensive services to small businesses.

It’s been nearly one year since Google has launched a Penguin update. So many saw this highly anticipated change coming. Officially announced Friday by Google on Search Engine Land, Penguin 3.0 is in full swing and has gotten us all talking. Penguin updates always aim to eliminate spam on the Web, so we should see some major changes soon.

16 Killer Places to Market Your App Besides Google

Developers of the app “Disconnect Mobile” have made big news lately, and not in the usual way. Google banned the app — twice — from the Google Play app store. (Though at last glance, it seems to have been reinstated again.) Disconnect Mobile prevents anyone from tracking or putting malware on a user’s device. And that includes advertisers — hence Google’s displeasure.

Has the Recession Crushed SMB Owners’ Spirits for Good?

Sole Proprietors’ Use of the Home Office Tax Deduction is falling

Citrix has acquired RightSignature, an e-signature company.  RightSignature is an online software platform for getting digital signatures on electronic documents such as contracts. The move makes sense for Citrix, because its ShareFile application consists of cloud file sharing and document storage.

Did you know that in the State of Ohio, it is a felony to post a picture of your completed ballot on a social media site like Twitter or Facebook before you mail it in?  You may think of it as innocent sharing, but according to the Columbus Dispatch, Ohio laws that predate social media make it a crime.

Have a Techie in Your Life? Hip Tablet Gift Ideas For 2014

Tablets are a trendy piece of technology and are only continuing to grow in popularity. This popularity also makes a tablet a highly desirable gift to give, but with a sea of options it’s not the easiest task to pick the right one. There are a number of things to consider when selecting a tablet; price, power, and features to name a few.

Food and Craft Gift Ideas for Your Business

There is an ever growing community of crafters, makers, and foodies worldwide. And there is also an ever growing demand for the unique products they create. Chances are some of your partners, customers, clients and employees  are among these creative connoisseurs.

Tom and Tracey Capuano went from being on the verge of filing for bankruptcy to thriving in a new business in just over a decade. In the late 90’s, Tom’s heating and air conditioning business was failing. The couple was struggling to keep their home and other assets. So they looked into starting a different type of business.

Nexus 9 Could Be an Android Rival for iPad

Google and HTC are challenging Apple’s iconic iPad with a new Android tablet of their own. The 8.9-inch Nexus 9 will be available starting on Nov. 3. The display size makes the new device just slightly larger than the comparable iPad Air 2 and its predecessor the iPad. The new device is the latest in a growing line of Nexus tablets and smartphones, alike.

The iPad Air 2 is Like a Tablet on a Diet, Thinnest Ever

The new iPad Air 2 recently unveiled by Apple is really thin. How thin? So thin it’s 18 percent thinner than it predecessor, iPad Air, itself the successor to the original iPad mobile tablet. It is so thin Apple is actually touting it as the thinnest iPad in the world. Seriously, iPad Air 2 is like a tablet on a diet.

The new oppo N3 phone has a camera that can’t miss. That’s because it can swivel 260 degrees and Oppo is hoping its new N3 phablet is a real head turner. Actually, it’s more likely that the Oppo N3’s own head will turn while creating better photo opportunities for you. The company has released several images of its new plus-sized phablet.

Nexus 6 Could Compete with iPhone 6 Plus, Other Phablets

Motorola’s Nexus 6 code named Shamu has finally surfaced and seems likely competition to the iPhone 6 Plus and other popular phablets. The Nexus 6 features a full 6-inch quad-HD display. That’s a half-inch larger than the new iPhone 6 Plus. That screen size also matches the dimensions of the Nokia Lumia 1520 and outclasses the display of the Galaxy Note 4 at just 5.7-inches.

Forget Shamu-sized screens. The latest Motorola is said to have a camera that strays into pro territory. And if that’s not enough, the new Droid Turbo is believed to be built with wireless (Qi) charging. A recent tweet by famed tech leaker Evan Blass of @evleaks gives us our first look at the new device. Motorola is trying to make a splash in the hyper-competitive smartphone market.

The more we rely on smartphones for an increasing number of tasks, the more it taxes the battery on our devices. That’s why it’s always ideal to take a charger if you’ve got a busy day planned. To respond, many smartphone makers are touting the vitality of their new phones’ batteries.