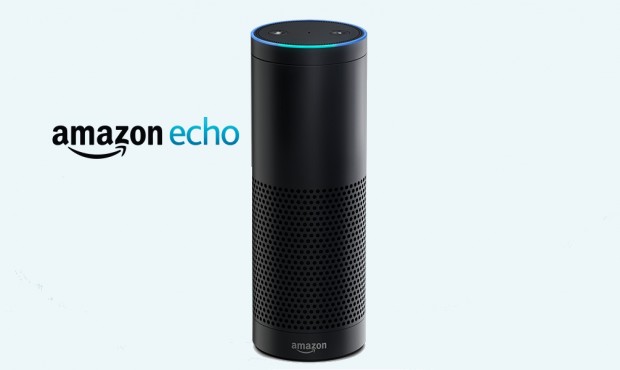 How would you like to have your own administrative assistant to help you research information and compile simple lists?  All done hands-free by saying commands aloud?

And when you’re not assigning or asking things, how would you like an audio speaker that sounds good, so you can listen to music in the background as you work?

Interested? Then you’ll want to check out the new Amazon Echo.

We tapped into the expertise of Brent Leary, industry analyst, who got an early look at the Amazon Echo. He shared his thoughts for this review.

Amazon Echo is an exciting new device that in the future could change the way we interact with the environment around us.

Think of the Amazon Echo as a speaker that lets you listen to music — but one you can also talk to.  It answers questions and performs simple tasks such as creating shopping lists and to-do lists.

The Echo consists of two parts:

The device is a cylinder-shaped speaker that stands upright. It’s 9.25 inches tall and just 3.27 inches across. The speaker is omnidirectional (it broadcasts out to all sides).

Around the top of it are seven microphones to pick up your voice from all directions.

Let’s say you want to know the weather. You simply address it by its name (“Alexa”) so it knows you are talking to it.

Say the word “Alexa.” Then ask something like, “What’s the weather in Atlanta?”

If the Echo is asleep, it will wake up. If it is playing music, it will stop and answer your question.

It can hear you across the room. Amazon calls this “far field voice recognition.”

Via your WiFi connection, it streams your request to the cloud where the Echo “brain” resides.

Within seconds, Alexa (equipped with a female voice) speaks the answers back to you — hands free.  The spoken answers also appear typed out in the app on your tablet or browser.

The Echo device works together with its cloud-based app connected to the Internet.  The app is what enables it to create a shopping list, for instance.  And it’s not just music you can add to your shopping list. You can add food, clothing or other items.  You can also create a to-do list.

The accompanying app can be used on the Kindle Fire, Android devices, and browsers.  You can use the app even when you’re away from the speaker device. 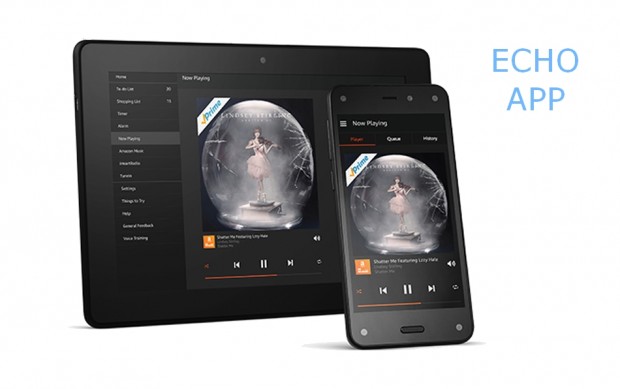 The Amazon Echo is innovative and has a lot of positives going for it:

The biggest downside with the Amazon Echo is its limited usefulness — so far. Today, it’s really more of a consumer entertainment gadget that’s not all that useful for productivity:

Who Amazon Echo Is Best For

The Echo is for early adopters who love to be the first in their circles to try new devices. If you like experimenting with innovative gadgets, you’ll love the Echo.

And if you’re an Amazon Prime subscriber, you’ll especially like it because of the great introductory price. The following video by Brent Leary shows the Echo in action.

But right now it is limited. Mainly you can use it as a speaker for cloud-based music and video sound. You use it to answer simple questions and create lists.

Echo doesn’t do much more than that — yet.

Amazon says more services and functions are coming. That may be quite soon, given that the device is tied to a cloud app that Amazon can easily update. Right now, though, it is not full-featured enough to be a productivity tool for your business (or for you personally).

Our star rating gives Amazon the benefit of the doubt that it actually will follow through with more services and smarts via the cloud.

Echo is one of those devices that, if we look back a few years from now, we may wonder how we lived without it. Echo is ahead of its time.