How J&D’s Foods Capitalized on the Bacon Craze 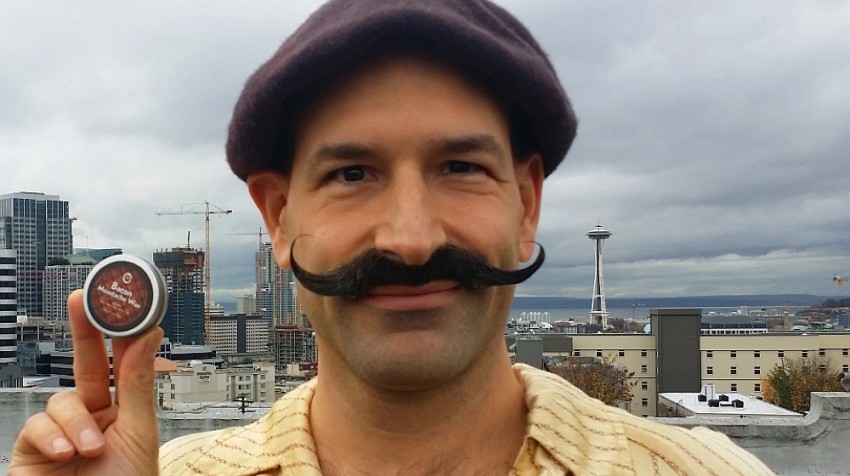 Over the last few years it seems bacon — yes, the meaty breakfast treat — has gained its own cult following. The cured creation has begun making its way into nearly everything, from deserts to candles.

And now, thanks to a pair of creative entrepreneurs, that list includes…bacon moustache wax. Here’s the story of how J&D’s Foods capitalized on the bacon craze.

Just in time for Movember — a month when moustaches are grown to raise awareness for men’s health — the Seattle-based company has released a unique new item.

It’s a beeswax and petroleum jelly-based product that can be used to create the most ornate of moustache styles. And, you guessed it. Like so many of the other products in the company’s ‘Bacon Makes the Man’ line, from deodorant to sunscreen, it smells like bacon. 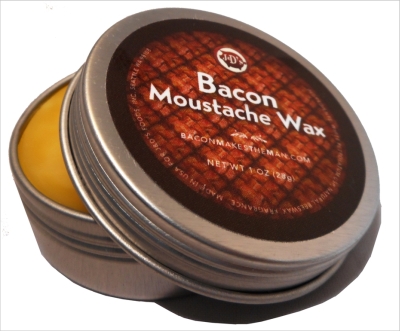 J&D’s Foods is run by Justin Esch and Dave Lefkow, two ‘average joes’ who found a really unorthodox way to raise money for their startup.

The pair used $5000 won on America’s Funniest Home Videos for a video of Lefkow’s three-year-old almost hitting him in the face with a wiffle ball.

The money was used by the entrepreneurial duo to start their dream company: making bacon flavored salt. And, of course, it was only the beginning.

While bacon moustache wax is just in time for the colder, more moustachioed months, it — and the rest of these products — do seem a bit bizarre.

But remember, Esch and Lefkow are doing what all great entrepreneurs do, following a trend — and adding a bit of their own personalities and creativity along the way.

And that approach has paid off handsomely.

On their website, the founders behind J&D’s Foods explain:

“In just 5 days we sold all 6,000 jars of Bacon Salt we had to people in 15 countries and 25 states – from our website, out of a garage – without spending a dime on marketing or advertising…Today, we’re the World Leaders in Delicious. You can find our products – not just bacon-flavored! – at big-name retailers like Kroger, Walmart, Costco, Cost Plus and more. You might even come across some J&D’s products at your local Tesco in the UK or other international retailers.”

Since the company began, the pair have been responsible for some crazy publicity stunts, including attempting to launch bacon into space. But, above all, Esch and Lefkow’s success demonstrates an important lesson. By paying attention to a niche and thinking unconventionally, success is possible, even without a big marketing budget.

Aubrielle Billig is a Staff Writer for Small Business Trends. She covers business as it is impacted by pop culture, entrepreneurs in the arts, and other topics affecting creative businesses. She has a background as an illustrator and her design page can be found at AubrielleBillustrations.
3 Reactions
Leave a Reply Cancel reply
Subscribe
Follow @smallbiztrends
RSS LinkedIn Pinterest iTunes