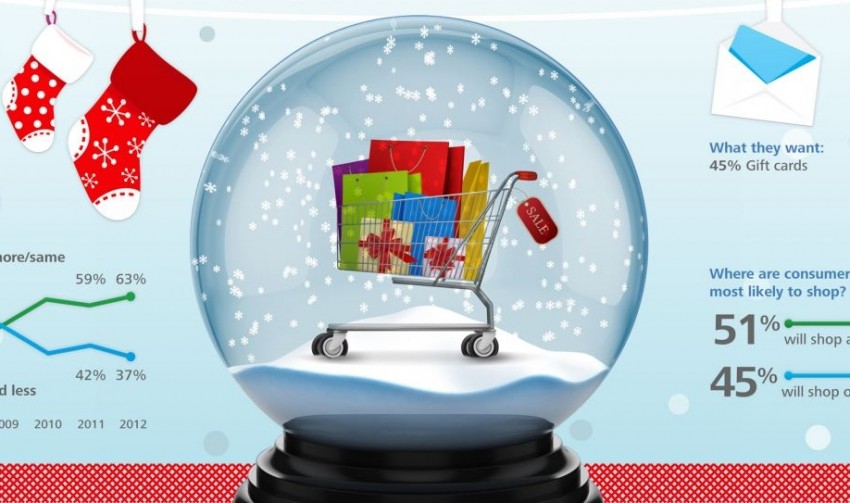 Black Friday, traditionally the “kickoff” of the holiday shopping season, is just a few short weeks away, and retailers and e-tailers are frantically getting ready. But is Black Friday the big deal it used to be?

New data from Deloitte suggests not. According to Deloitte’s 29th annual holiday survey (click image above for full infographic), nearly half of consumers no longer rely on Black Friday for shopping and deals the way they once did. And 43 percent of respondents plan to do most of their holiday shopping in December this year, up 6 percentage points from 2013.

It’s not that consumers aren’t spending—they are. Deloitte projects spending on gifts will rise compared to 2013. In addition, the number of gifts purchased will rise as well, to an average of 13.4 from 12.9 last year. And that’s not counting the “gifts” customers tend to buy for themselves while shopping for others.

But consumers are still watching their wallets (the average number of gifts they plan to buy is nearly half the pre-recession high of 23.1 in 2007), and Black Friday is no longer the big day for sales. For example, even more retailers than last year have announced plans to open their doors on Thanksgiving Day. And “leaking” Black Friday ads well in advance of the day has become common practice for big retailers. In fact,  just before Halloween I saw a TV commercial for a “pre-Black-Friday” sales event.

With so many changes in consumer behavior, what can you do to capture customers’ dollars, not just on Black Friday but all shopping season long? First, start early. There’s still time to plan a marketing push online, on social media and even in local print publications. What types of marketing messages will resonate with consumers?

Discounts and deals are still the primary driver for where shoppers plan to spend their holiday dollars. Consider offering your biggest discounts early in the season to attract customers into your store before they might normally visit.

Offer consumers the opportunity to  get their holiday shopping done early so they can sit back and avoid the stress of the season. It’s a message with timeless appeal to many.

If your store sells gift items that are predicted to be in high demand this holiday season, emphasizing scarcity will motivate many to shop early so they’re sure to get this season’s hot toy, fashion item or electronic device.

While big retailers grab headlines on Black Friday with news stories about crowds lining up at 3 a.m., fistfights breaking out and angry stampedes, portray your business as an oasis of (relative) calm. Here customers can get personal treatment, along with extras like refreshments and free gift wrapping. Even shoppers who start off at big-box stores might hit your small shop later on—and by that time, they’ll be in spending mode, so price won’t be as much of an object.

Of course, Small Business Saturday is the big day to shop small retailers, and 68 percent of respondents in the Deloitte survey say they plan to shop local this year. Take advantage of the trend by emphasizing your independent, local roots.

Finally, don’t put all your eggs in the Black Friday basket. Plan promotions and marketing messages that will drive a steady stream of traffic throughout the season, instead of relying on one big day to put you in the black.