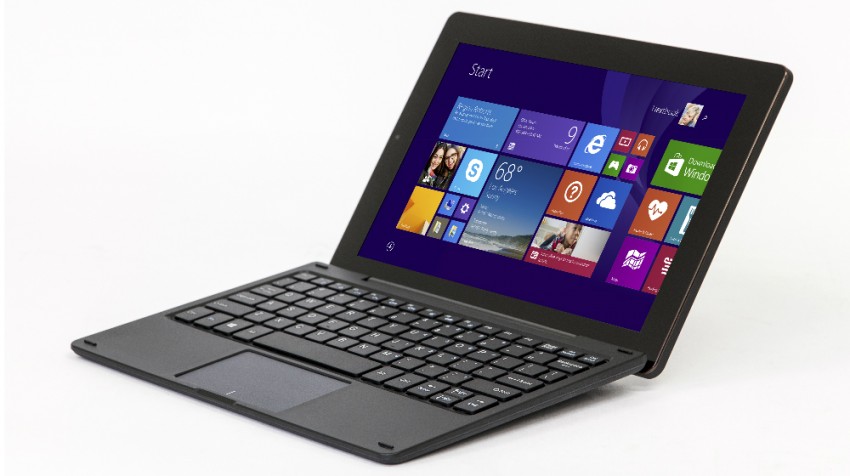 The inexpensive Windows tablet market is heating up and E FUN is entering the fray with a new offering.

For small business owners looking at an inexpensive option to take their work on the road and stay online more often, this may be one to consider. The added keyboard folio allows for getting more work finished and for most tablets such an add-on is nearly half the cost of E FUN’s latest offering.

There’s just one catch with the E FUN tablet. The only place to get it is at a Walmart store starting in mid-November. The Nextbook 2-in-1 will also be available at Sam’s Club locations starting in December. In fact, Walmart has already started taking pre-orders for the device.

While the E FUN tablet may not be the flashiest new tablet on the market, it’s hardly a slouch.

For starters, there’s the Nextbook’s 10.1-inch display. Then there’s the fact that, unlike inexpensive Chromebooks, the new device will operate on Windows 8.1. This means it’s more likely to seamlessly integrate with business applications many small businesses are using on their desktops or other laptops.

Screen resolution is 1280 x 800 pixels and the tablet will run on a Quad-Core Intel Atom Processor. It will be stocked with 1GB of DDR3L memory.

There are some sacrifices here probably to deliver a tablet at such a low cost. The cameras on the E FUN tablet may not be the most impressive, for example. It’s got a 2-megapixel rear-mounted camera and a 0.3-megapixel front-facing camera. So don’t expect to have the most clear video chats or take the proverbial stunning photos to share on social media.

There will be 32GB of storage stocked on the E FUN tablet and it has a microSD expansion slot to increase that memory 64GB more, Microsoft’s official Blogging Windows site reports.

Also included with the attractive price are a few add-ons. They include one year of a subscription to Office 365 Personal and 1TB of cloud storage on Microsoft’s OneDrive.