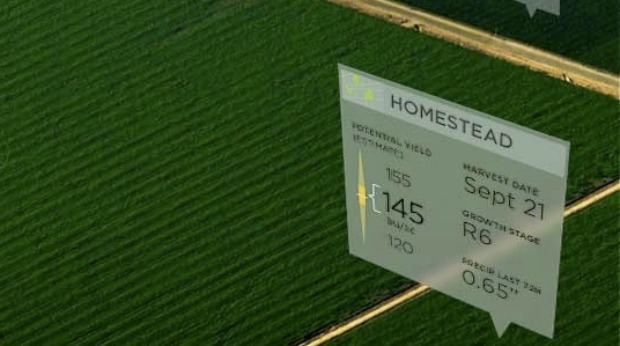 The farming industry is going high-tech. And it isn’t necessarily just to increase output. For some farmers, using more technology has become a necessity thanks to changing climate conditions.

Founded by two former Google engineers, The Climate Corporation is a provider of tech services and products for farmers. The company utilizes data as a tool to combat the difficulties farmers face thanks to changing weather patterns. CEO David Friedberg told CNN:

“The increasing uncertainty in agriculture, with the changing patterns of weather we are seeing, is making it difficult for farmers to grow successful crops consistently. The tools we provide help farmers make smarter decisions based on analytical techniques, rather than intuition.”

To accomplish this goal, the company offers a number of tools. The free platform gives farmers a way to monitor their land and crops. It uses satellite imaging, growth modeling and simulations to give hyper-local forecasts for each individual farm. This can help farmers better make decisions about how they utilize their resources. There’s also a Pro version that includes extra features to optimize things like use of nitrogen fertilizer, pest control and harvest planning.

To date, the agriculture industry hasn’t done much to take advantage of technology on a wide scale. But The Climate Corporation’s founders think that their tools can not only save farmers money, but also help reduce their carbon footprints.

If each farmer can better utilize their own resources, less will be needed overall. And for an industry that occupies almost half of the planet’s total land, those extra resources can make a big difference.

The Climate Corporation isn’t the only company that’s working to integrate data into the farming industry. Edyn is a California startup that launched because of one of the state’s worst droughts. The company produces a sensor that allows farmers to micro-manage their plots to give only the optimal amount of moisture to each area.

This is another company with the goal of saving farmers money while also slowing the use of natural resources and harmful materials. Founder Jason Aramburu told CNN:

“If we do nothing, more farmers will have to leave their land over the next decades…which means creating new farmland, which would have a dramatic environmental impact.”