Gluten-Free Girl Flour Gets Funded With Help From Famous Tweeter 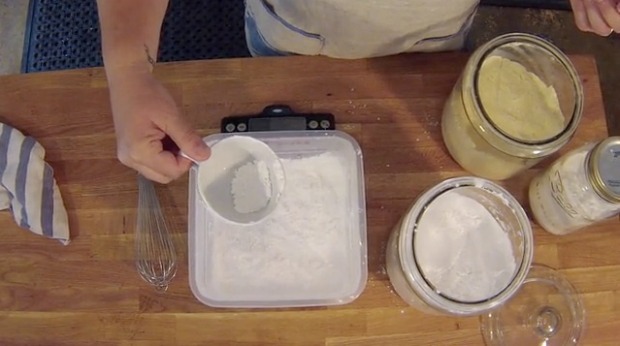 Sometimes all it takes is a single tweet or blog post to push a business to reach its goals. That’s what happened in the case of Gluten-Free Girl Flour Blends.

The line of flour is the brainchild of Shauna Ahern, who has also been running the Gluten-Free Girl blog since 2005. Ahern and her husband started a Kickstarter campaign to fund the flour line’s launch.

Here’s the video outlining their campaign:

Gluten-free flour certainly isn’t the most exciting subject for a crowdfunding campaign. But Ahern was able to reach her $79,000 goal anyway. And it wasn’t due to flashy ads or an incredibly revolutionary product.

Actress and writer Lena Dunham tweeted about the campaign a couple of days before the goal was reached. Her tweet, which also included a link to the campaign, said:

Been reading @glutenfreegirl for almost a decade: it’s about more than food. Not even gluten free & I cherish her https://t.co/06vew8i4Rc

Dunham’s 1.8 million followers likely played a part in the campaign’s success. But the product has actually been in high demand for longer than the crowdfunding campaign has been in existence.

Though Ahern shared the recipe for gluten-free flour on her blog, readers didn’t much care for the idea of hunting down sorghum flour, millet flour, sweet rice flour and potato starch to make their own. So instead, they would ask Ahern if she would sell it. Finally, she decided to give it a try.

So Ahern’s innovation, along with her dedicated following, worked in tandem to help her reach her goals. Dunham’s tweet was one part of the puzzle. But that never would have happened had Ahern not worked so hard on building a blog following for so many years.

Upon its completion, the campaign actually raised $92,612, which surpassed the original goal by more than $13,000. And Ahern isn’t stopping with just flour. With some additional funding, she also plans to make a grain-free flour blend and other food products. She told Businessweek:

“This feels much bigger than writing a blog or a cookbook. We’d like to get this into the hands of anyone who is gluten-free and anyone who has friends or family who eat gluten-free.