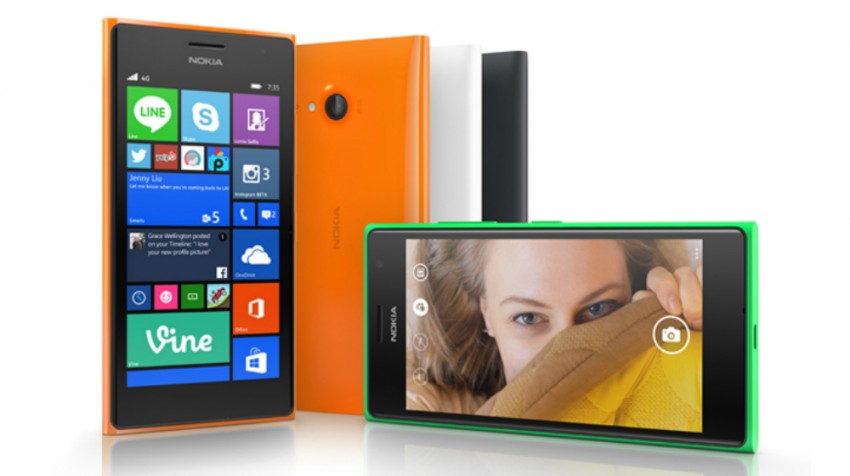 We’ve seen the last of the Nokia Lumia line of smartphones, at least in terms of the brand name, it seems. The phones will still be available but under a new name.

The name change follows Microsoft’s acquisition of Nokia’s Devices and Services division announced in late 2013. The deal means Microsoft is taking over the manufacture and marketing of Nokia’s smartphones and tablets.

Microsoft is planning to slowly phase-in the transition to the new brand name replacing Nokia with Microsoft Lumia for most of the devices.

“When we announced that the Nokia Devices & Services business would become part of Microsoft, we also shared that Lumia, our smartphone brand, would become part of the Microsoft family. Since then, we have naturally been making the change from Nokia to Microsoft in our websites, packaging and other consumer touch points.

In the coming weeks and months, you’ll start seeing even more brand experience come to life across different channels as we transition from Nokia Lumia to Microsoft Lumia.”

The company has already made changes in the branding on some of its apps and is in the process of changing the branding global and local company websites, the official blog reports.

And changes in the branding of the company’s social channels is expected.

So when can we expect to see a Windows Lumia phone on the market?

Windows Central quotes one company representative saying it will be “soon.” In fact, there are even reports that the Nokia Lumia 830 set to debut on Nov. 7 could still be re-branded as Microsoft Lumia 830 by that release date.

The Nokia brand will continue to exist beyond the name change of its phone and other mobile devices. Microsoft purchased only the Finnish company’s phone and mobile business. But Nokia will continue operating the part of its business focusing on mapping and network infrastructure independent of Microsoft.

Nokia debuted the Lumia line of smartphones back in 2011. And the company has aggressively continued to introduce new Lumia smartphones since the acquisition by Microsoft.

Four Lumia phones have been introduced since the beginning of 2014. Each operates on Windows Phone 8.1. They include the Lumia 930 at the top and the introductory smartphone, the Lumia 530.

Besides the Nokia Lumia brand, Microsoft may be making another change in its mobile phone division. This one may involve changing the branding of its Windows Phone mobile operating system to just Windows, The Verge reports.

The name change may signal Microsoft’s intentions to market its mobile and desktop operating systems in a unified way in the future.