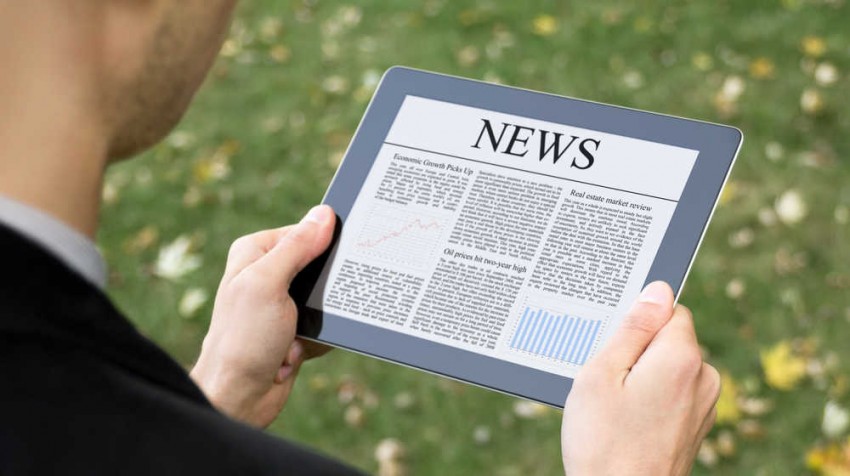 An acquisition by Web developer Wix may pave the way for small restaurants to accept payments more easily online and via mobile device. Read about this and other important headlines that could impact your small business this week in the Small Business Trends news and information roundup.

Small, independent restaurateurs now have a means of letting their customers easily place orders through their websites. With the Wix acquisition of OpenRest finalized, the website development platform plans to offer the online payment option as part of its overall service.

Shutterstock, the online marketplace for stock images, video clips and music clips, has launched a video editing tool called Sequence. With Sequence, you can create video mockups up to one-minute long using clips from among 2 million video clips and 60,000 music clips in the Shutterstock library. You can even include your own video clips.

The American healthcare system has undergone so many changes in the past few years, it can leave a small business owner’s head spinning. Most of that confusion revolves around the new Affordable Care Act, now in its second year. The new healthcare law sets forth a perplexing set of timetables, mandates and healthcare options.

Last Minute Corporate Gift Ideas for When Time is Running Out

No one has to tell you that your business relationships are important. Saying thank you and showing your appreciation creates a good rapport with your colleagues, partners, and clients. One of the best ways to do this is with thoughtful and timely gifts.

Carefully-chosen books are thoughtful yet inexpensive gift ideas for the entrepreneur or business person on your list.  They also make great choices to put on your own wish list.  Take a look at our choices of best management and productivity books.

Who Do You Tip at the Holidays (and How Much)?

Tipping service providers during the holidays is a great way to show your appreciation for services throughout the year. It’s a special thank you … an additional show of gratitude.

How to Improve Holiday SEO and Capitalize on the Season

Many companies are putting a large focus on preparing for increased traffic and abandoned shopping carts this holiday season, but SEO is also something that deserves a little bit of extra attention. Now is the perfect time to start focusing on holiday keywords and getting the word out there for your sales and products that are available during the holiday season only.

Black Friday, traditionally the “kickoff” of the holiday shopping season, is just a few short weeks away, and retailers and e-tailers are frantically getting ready. But is Black Friday the big deal it used to be? New data from Deloitte suggests not.

On Valentine’s Day in 2009, Dimitri Papakyriacou accompanied his wife to a Painting with a Twist class. The national franchise has become known for its art classes where participants can bring their own wine to enjoy with friends. He wasn’t thrilled with the idea initially. But he enjoyed the experience enough to open his own franchise.

How to Maximize Your Facebook Reach — Without Paying for It

Has the organic reach of your Facebook page dropped to nearly zero? It seems an unavoidable phenomenon in the evolution of Facebook. According to Brian Boland from the ads product marketing team at Facebook, the decreased organic reach is related to the supply and demand theory.

Your business probably already has a social media strategy. But does that strategy include a Facebook video strategy? If not, you might be missing out on the full potential of the platform. And according to the site’s founder, videos could shortly become an even more important aspect of Facebook.

Gluten-Free Girl Flour Gets Funded With Help From Famous Tweeter

Sometimes all it takes is a single tweet or blog post to push a business to reach its goals. That’s what happened in the case of Gluten-Free Girl Flour Blends. The line of flour is the brainchild of Shauna Ahern, who has also been running the Gluten-Free Girl blog since 2005. Ahern and her husband started a Kickstarter campaign to fund the flour line’s launch.

Brennan Loh of Shopify: The Future of Ecommerce is in Customer Engagement

With Black Friday and Cyber Monday quickly approaching, all eyes turn to eCommerce and the ability for consumers to buy things on whatever device they have, wherever they are.

Samsung Galaxy Note Goes Over the Edge — With Curved Screen

Samsung is about to throw the smartphone world a curve ball — with a curved screen. The Galaxy Note Edge will be available exclusively through AT&T starting on Nov. 14. To get this cutting-edge phablet from Samsung without a contract, it will set you back $945.99. The device is a lot like the recently premiered Galaxy Note 4, the company’s latest high-end phablet on the market.

Imagine never having to plug your smartphone or tablet into a wall charger again. That’s the goal of uBeam. The company is developing a new form of wireless battery charging technology and it’s gaining some significant interest. uBeam has garnered $10 million in recent Series A investment funding. And the company has raised $12 million overall.

No More Plastic Phones: Samsung Galaxy A3, A5 Made of Metal

Forget plastic bodies and Kevlar skins. Samsung has just introduced its latest offerings on the smartphone market with the Samsung Galaxy A3 and Galaxy A5. And while Samsung may not be including many of the features that made its S-series smartphones so popular, the new phones represent the unveiling of the company’s first-ever all-metal design.

Good office printers are still a necessity no matter how mobile, cloud-based and digital businesses are getting. The problem, of course, is finding a reliable printing solution that’s ready for your mobile needs. If you’re on the road, getting connected to your office printer isn’t always easy or feasible.

Kodak’s newest product, the Kodak PixPro SP360, isn’t the first action camera on the market but it could be the most unique. The camera’s lens shoots a 360 degree perspective. Other devices like the GoPro and even, to an extent, the Polaroid Cube have already venture into super wide angle shooting of this kind. But at 360 degrees, the new Kodak camera may be the widest.

As an entrepreneur you may be on the go all day. Maybe you commute a lot by car? Maybe you spend a lot of time inactive, sitting behind a desk at a computer? A new family of smartwatches can tell you something more important than whether you recently got an email or have a social media update.
News as it happens photo via Shutterstock