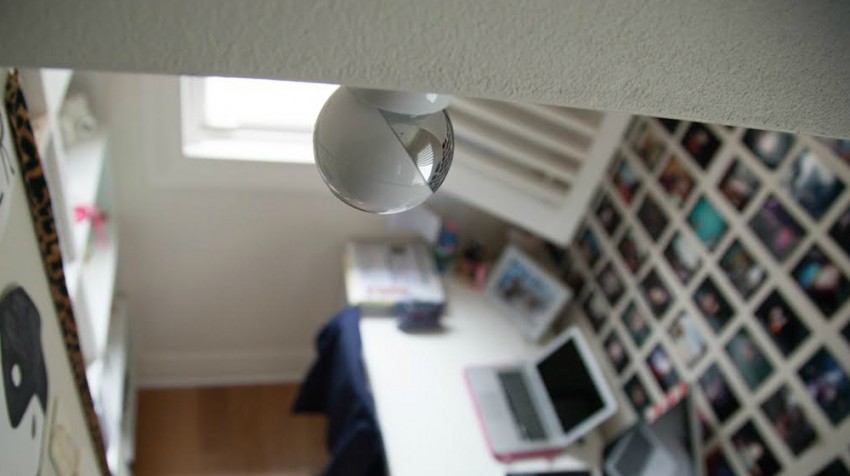 A new security system features small cameras you can easily stick to your walls and a way to monitor surveillance footage from your phone.

Homeboy is marketed as a simple security camera solution for your home but it could easily provide the same protection for your small business.

The tiny spherical camera attaches to a wall or ceiling base with a strong magnet. And the battery on the Homeboy will last for three months on a single charge.

A Homeboy camera is about the size of a tennis ball and it weighs 153 grams. The camera on its base can pivot to point in any direction. Homeboy cameras also feature night vision.

Though the security system is clearly being targeted primarily at homeowners, there are at least two other aspects that will appeal to small business owners too. Those are price and ease of use.

In an official release announcing the systems release of a public beta version, Mark Richards, the founder of Homeboy, explains:

“Everyone deserves home security and the freedom to customize their system to match their lifestyle. We built Homeboy to be open and accessible to all from day one. Homeboy is home security for the rest of us.”

Then there’s the convenience of being able to monitor a home or business from anywhere.

Homeboy provides you and your business with round-the-clock monitoring via a mobile app. From a smartphone, the Homeboy security camera can be armed or disarmed and a motion sensor on the camera alerts your phone. That allows you to check in on your smartphone when the sensors are activated.

And when you’re away from the office or home as well as your smartphone, you can have trusted friends or employees on alert to monitor any potential security concerns. Alerts can be sent via text messages and even Facebook or Twitter.

Users are permitted to invite others to receive the same alerts from a Homeboy camera. These users, like the camera’s owner, can also take action on alerts they receive. That includes indicating that the alarm was false and everything is clear where the Homeboy is installed or if authorities need to be notified of a break-in.

An alert triggers the cameras to begin recording what it can see. Videos are stored on Homeboy’s servers for a month but clips from those videos can be downloaded to cloud services like Dropbox and Google Drive, reports The Verge.

The camera reduces clutter, namely wires and a base, by linking to a WiFi connection. The camera has a rechargeable battery that rarely needs maintenance, just four times a year under ideal settings.

The only downside, is apparently picture quality. Homeboy has apparently sacrificed this in the interest of staying competitive.

The company’s cameras shoot in 720 pixels instead of HD 1080 pixels. So you’ll have to decide on the quality of image you’ll need for security footage.