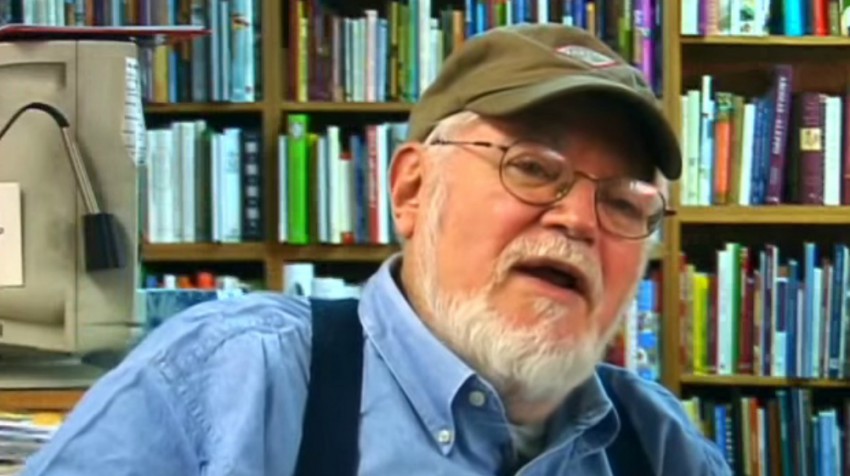 When it comes to serving a niche market, Nach Waxman may just take the proverbial cake. For more than three decades, Waxman has owned and operated The Kitchen Arts & Letters bookstore in Manhattan. It’s a store selling books on just one subject: food.

New and vintage, the store is stacked with its fair share of cookbooks, but it doesn’t stop there. There are volumes on the food industry, food science, the restaurant business, the history of food, and more. Basically, if it’s about food and in print, it’s likely to be in this small bookstore.

Waxman, who is also the bookstore’s founder, isn’t exactly reacting to the latest trends. He says when he left the publishing business in 1982, he already had in mind exactly what he wanted to do. He started the business the following year and hasn’t looked back. He tells Chow TV:

“It has always been my desire, my intention to make this a bookstore that is totally devoted to a single subject. Food was a natural.”

Waxman’s thriving small business should serve as an example for any would-be entrepreneur thinking about following a dream. And it shows the value of having a passion for your products.

The store’s founder suspects that there may only be 20 stores like his worldwide. In addition to the brick-and-mortar location on Lexington Avenue, Waxman also maintains a website  including an online store and store blog. But it’s Waxman’s absolute obsession with books about food that probably most sets his business apart. Watch the full Chow TV interview below:

There are more than 12,000 titles currently available at Kitchen Arts & Letters, according to the store’s website. The business caters to a special clientele, Waxman says. It’s serving the line cooks who work for some of Manhattan’s biggest chefs — as well as many others interested in food books of all kinds.

The latest and most popular food books are sold on the main floor of the store. Waxman keeps the rare and vintage copies of old cookbooks and the like in a cavernous basement stacked to the low ceiling with volumes.

It’s likely Waxman’s obsessive passion for the books he sells even aided his store in repelling a major competitor. He relishes telling the story of when bookselling giant Barnes & Noble announced plans to open a retail location specializing in books on food just six blocks from his store.

Waxman admits he was impressed when he walked into the store, mostly by the selection. But that only lasted for three months. Soon much of the unsold merchandise was taken out of the store and employees at the chain location couldn’t offer the level of service and expertise needed for such a niche market. Waxman explains:

“They didn’t have people who worked there that could provide useful information.”