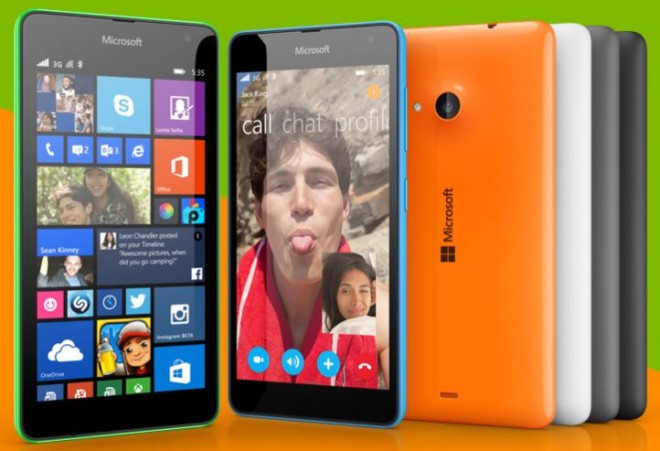 Microsoft recently announced that it was replacing the former Nokia Lumia brand with its own Microsoft Lumia beginning with the company’s next Lumia phone release.

The name change follows Microsoft’s acquisition of Nokia’s Devices and Services division — the phone and tablet part of the Finnish company’s business.That acquisition was announced in late 2013.

The devices come out this month and will be available in bright green, bright orange, white, dark grey, cyan and black.

But perhaps more important are the price and features:

In fact the only real difference between the two devices is the addition of a second SIM card so personal and word data can be kept separate, an increasing trend these days.

Microsoft had been playing things close to the vest with its latest devices under the Microsoft Lumia brand.

Just prior to the release, the company teased consumers with a partial photo and the briefest information about the upcoming release date on its Nokia Conversations website.

The company was also promoting the hashtag #MoreLumia on social media to encourage chatter on the new smartphones.

Finally, the company released a video promoting the new smartphone but it reveals even less about the new devices. Get a glimpse below:

Microsoft has already re-branded many of the existing Nokia apps and is in the process of re-branding global and local Nokia websites and social channels.