Your Next iPhone May Take Photos Like A DSLR Camera 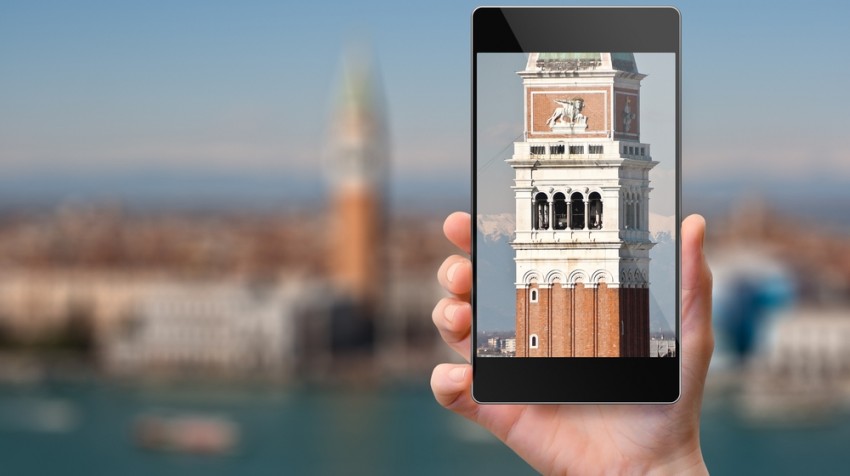 We’ve seen some rapid advancements in cameras for the smartphone in recent years. But to date, all these advancements have really only turned a smartphone camera into a moderate to high-end point-and-shoot.

The Samsung Galaxy S4 Zoom brought us a zoom lens attached to a smartphone. Earlier this year, Panasonic introduced the Lumix CM1. The 20-megapixel camera on that device almost makes the smartphone part an afterthought. And the HTC Desire Eye switched the high end emphasis to the front-facing camera. The resolution on the Desire Eye’s front camera is designed to create a higher quality selfie.

But there’s a new report suggesting Apple may be introducing the best smartphone camera yet. If and when Apple does unveil this camera that borders on DSLR quality, it likely would be with the introduction of the next iPhone.

That could be some time off, of course. The company only recently updated its flagship mobile device by releasing the iPhone 6 and the new iPhone 6 Plus phablet.

John Gruber at Daring Fireball reported in a recent edition of his podcast “The Talk Show” that he’s privy to a rumor suggesting Apple is working on a unique camera to add to the next iPhone it manufactures. On his podcast, Gruber says “a birdie of a birdie” told him that the new iPhone’s camera would use a “two-lens system” that helps the rear-facing camera take pictures with DSLR quality.

That would be similar to technology currently being used on the HTC One M8, according to a MacRumors report. On that smartphone, the second lens is used to gather more image information to send to the first lens. The two-lens system on the HTC One M8 allows someone taking a photo to shift the focus.

MacRumors.com also believes that if Apple does adopt a two-lens solution to produce DSLR-quality images, it may use technology being produced by a company called Corephotonics. With Corephotonics’ technology, each lens captures an image at different zoom levels. This allows a zoom-like feature without the moving parts needed in traditional digital single-lens reflex cameras.

Here’s an overview of the technology from CNET:

The dual lens system combines two 13 megapixel cameras — one a wide-angle lens, the other a telephoto — that, when combined, produce an image quality three times that of optical zoom.

If MacRumors.com is correct in its assumptions, the new DSLR-quality camera would be included on the next iPhone — likely the iPhone 6S. If Apple stays true to its recent release schedule, that phone might be making an appearance at the end of next year.