No More Plastic Phones: Samsung Galaxy A3, A5 Made of Metal 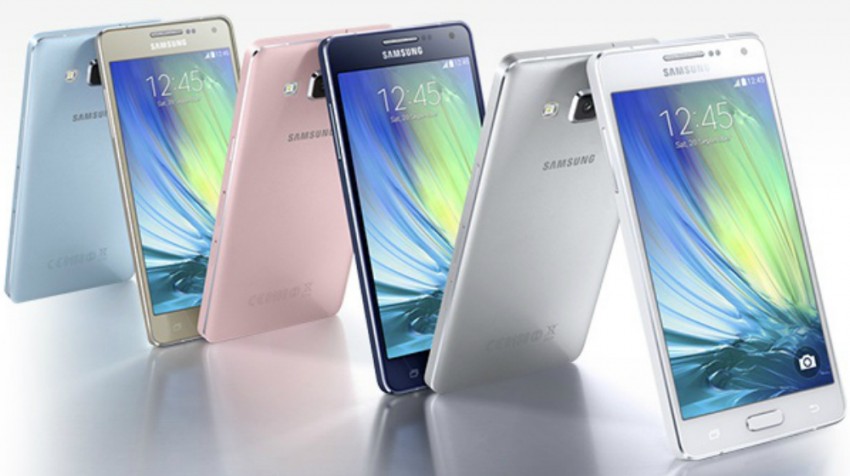 Forget plastic bodies and Kevlar skins. Samsung has just introduced its latest offerings on the smartphone market with the Samsung Galaxy A3 and Galaxy A5.

And while Samsung may not be including many of the features that made its S-series smartphones so popular, the new phones represent the unveiling of the company’s first-ever all-metal design.

The Samsung Galaxy A3 and A5 are the slimmest smartphones that Samsung currently offers. The phones are just 6.7 millimeters and 6.9 millimeters thin, respectively.

The Galaxy A3 and A5 will also also a unibody aluminum design, cNet reports.

The phones are being targeted to a younger audience but they are certainly suitable for any small business owner, especially those with a tighter budget for new mobile devices.

In a release announcing the new devices, JK Shin, Samsung Electronics CEO and Head of IT and Mobile Communication, explains:

“The Galaxy A5 and A3 offer a beautifully crafted full metal unibody, slim design, superior hardware and the best possible social media experience. These devices make our advanced Galaxy experience even more accessible to young and trend conscious consumers.”

Samsung says the new phones are designed to create and share content for social media and social networking. So obviously, this could make both phones ideal for the kind of social media marketing, networking and branding done by many small business owners and entrepreneurs.

The phones are expected to be available worldwide this month but specifics on price have yet to be be announced.

However the phones are expected to be considerably less expensive than Samsung’s top-of-the-line S or Note smartphone series, making them a potential budget option for small businesses.

The company did not skimp on the cameras, including a 5MP front-facing camera for taking high-quality selfie shots. That’s included on both the Galaxy A3 and A5.

The Galaxy A5 is slightly larger than the A3. It has a 5-inch HD display while the A3 has a 4.5-inch qHD display.

The larger phone also has a better rear-mounted camera. The A5 takes shots with a 13MP camera with an LED flash. The smaller A3 has an 8MP rear-facing camera.

Each also runs Android 4.4 (KitKat) on a 1.2GHz Quad-Core Processor. The Galaxy A5 is stocked with 2GB of memory and 16 GB of stocked internal storage. The Samsung Galaxy A3 has 1GB of memory and also 16GB of storage for apps and media.