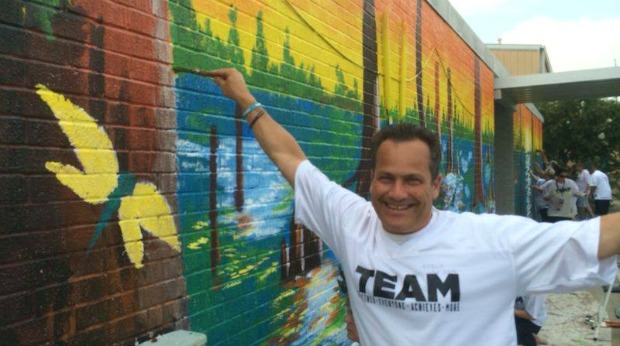 On Valentine’s Day in 2009, Dimitri Papakyriacou accompanied his wife to a Painting with a Twist class. The national franchise has become known for its art classes where participants can bring their own wine to enjoy with friends. He wasn’t thrilled with the idea initially. But he enjoyed the experience enough to open his own franchise.

Now, Papakyriacou owns five studios throughout the Houston area. And he expects to open two more by 2016. Learn more about how this date night turned into one of the most successful Painting with a Twist franchises in the country in this week’s Small Business Spotlight.

Provides painting classes where guests have the option to BYOB.

Painting with a Twist is a national franchise where guests can bring wine or other drinks and enjoy a night out with friends. Papakyriacou owns five studios in Houston, Katy, The Heights, Cypress and Sugarland, Texas.

For the most part, Painting with a Twist classes are focused on providing evening classes where guests can enjoy glasses of wine. But the business also recently unveiled a new program called Coffee and Canvas. The first formal program of its kind in the paint and sip industry, it allows guests to enjoy classes during the day while enjoying coffee instead of wine. 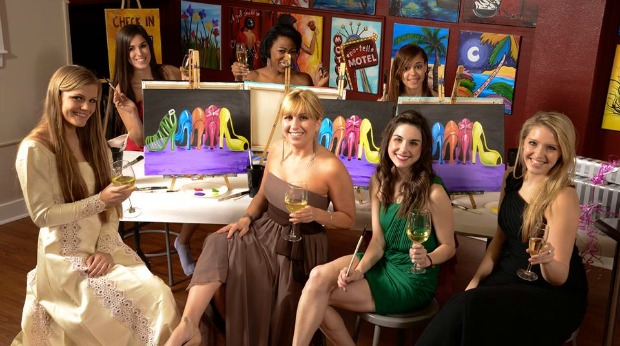 A national franchise with a local connection.

Like many franchise opportunities, the benefit to Papakyriacou was to run a local business that already had some national name recognition. But he and his wife were still able to use their connections in the Houston area to build the business.

In addition, Painting with a Twist has a national charitable arm called Painting with a Purpose. This allows franchisees like Papakyriacou to give back to local community organizations.

After a Valentine’s Day date.

When Papakyriacou’s wife first suggested they attend a Painting with a Twist class, he was skeptical. He ended up enjoying himself. But he was again skeptical when his wife expressed interest in opening a franchise. He says:

“When Alejandra expressed interest in opening a studio of our own, I was reluctant to pursue the opportunity because I thought it was a “fad” concept. Fast forward a few years to present day, and we are now one of Painting with a Twist’s most successful franchisees, on pace to operating seven Painting with a Twist studios in the Houston area.” 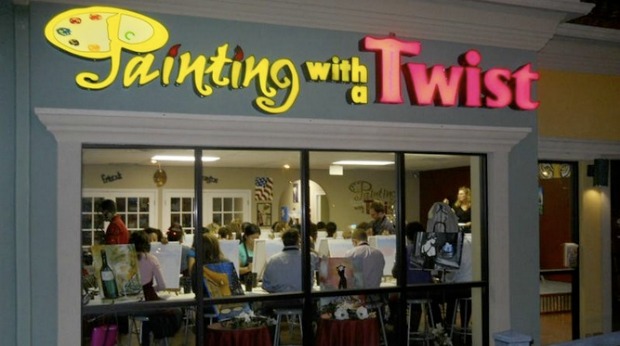 Hosting special events for large businesses in the area.

“Many of the big oil and gas players in the area frequently organize team building activities at our studios. The largest one we held was a 92-person event with Shell. We had dueling artists – similar to the dueling pianos concept – where we had a painting that was a set (2 parts) and allowed guests to pair up to collaborate and compete. Each artist instructed half the room for half the painting. The event received multiple five-star reviews and positive feedback across the board.”

“Our first studio was purchased from a previous owner, who had become too busy to handle all the demands of being a business owner. Just one month after taking over, we were able to turn the store around from a loss to a profit.” 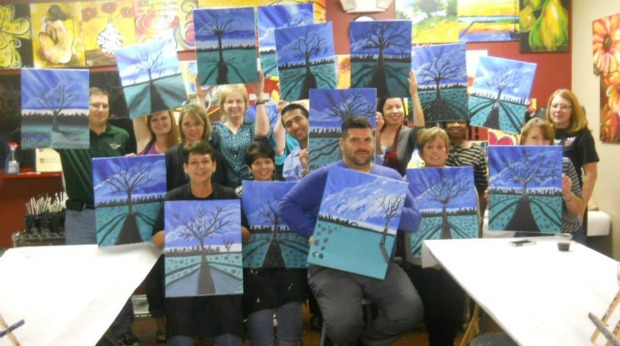 Papakyriacou already owns five studios and has plans to open two more in the next couple of years. And he doesn’t plan to stop anytime soon.

Images: Painting with a Twist