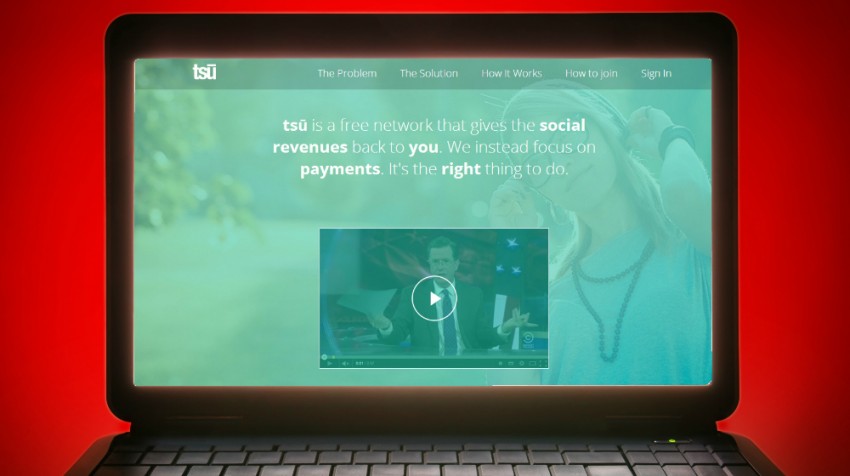 So what if those social sites offered to share that revenue with their users in return for creating such compelling and engaging content?

That’s the goal of the new tsu social network. Tsu (pronounced “sue”) claims to operate under the assumption that users who create the most engaging content on its site deserve a bigger portion of its ad revenue.

The tricky part is getting on the site in the first place. In order to join, you’ll need to be invited. And only those who already have a membership can send invites. Invitees get shortcodes from tsu members. And those shortcodes give them access to the site and keep track of who invited them (a very important part of the way the site assigns shared revenue as it turns out.) But joining the site is free.

On the company’s official FAQ page, the invite-only policy is explained:

“New members can only join tsu by user invitation (via member shortcodes.) Our invite-only system enables us to track and distribute network value to the users who help tsu grow.”

While tsu claims to share all revenue generated by third party advertising, sponsorships and partnerships with its members, the split is a bit unorthodox.

For example, if revenue is generated from advertising or sponsorships on a piece of content a user shares (videos, photos, updates etc.) 10 percent of that revenue is taken by tsu for operating the site.

But the remaining 90 percent does not go directly to the content creator. Instead it is divided using a fairly complex algorithm which also rewards various members in the content creator’s network who were responsible for his or her participation in the community in the first place.

The arrangement raises some interesting questions.

First, tsu rewards networking as much as content creation. So is there perhaps more potential revenue in bringing new members into the community than in sharing content that generates revenue?

Second, it’s unclear how many steps back in your network revenue is shared. So, for example, if there were five, six, ten, or twenty people between you and the first person to join tsu, would the revenue generated be divided even further?

When the site was being beta-tested, the company signed up several celebrities to get things moving. Some of those personalities included rapper 50 Cent and basketball star Carmelo Anthony, ReCode reports.

If and when the tsu social network gains popularity, these big names may be dividing a substantial portion of the site’s revenue, though obviously there are opportunities for smaller content generators too.

But this raises even more questions. For example, will the value of membership be diluted over time as the revenue generated must be split amongst larger and larger networks? And will it become harder and harder to generate substantial revenue in the first place because of the competition for audience attention as the site grows?

Clearly some see value in the idea.

So far this year, tsu has generated $7 million in Series A funding for developing its business model, according to the company’s profile at angel.co. A substantial amount of that funding round came from Sancus Capital, ReCode reports.