Unplug Meditation – for Type A Personalities Who Need It Most 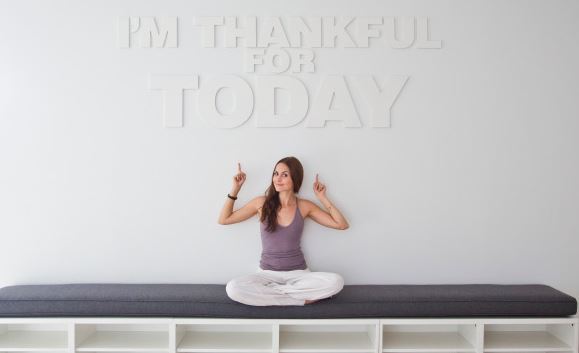 When you think of meditation, what comes to mind? You probably picture a group of New Age people making ohm sounds. For some, this image might even be enough to prevent you from ever trying out meditation.

That’s why Suze Yalof Schwartz aimed for a different vibe with her Los Angeles based guided meditation studio, Unplug Meditation. The former magazine editor, known for her work on Vogue and Glamour, wanted to target a different group of people for her studio, a group that hasn’t traditionally been that into the practice. She explained to the New York Times:

“The people who need to meditate are lawyers and bankers and stressed-out mommies. And those people get turned off by the Buddhas and sage and all the woo-woo talk. I wanted Unplug to be meditation for Type A personalities: clean, modern, secular, effortless to attend.”

It’s an interesting concept for a business — to target the people who need a service the most, but are also the least likely to be interested. Because of that, Schwartz faces the unique challenge of convincing those Type A people to actually attend her classes.

So how does she do it?

First, she’s worked to create a space that’s more practical than decorative. The Unplug Meditation studio looks more like a modern pilates or yoga studio than a traditional meditation space.

The teachers at Unplug Meditation also contribute to the atmosphere Schwartz is trying to create. She encourages them to keep the sessions tightly edited, meaning they don’t go on and on about something they can say simply in just a minute or two. For stressed out professionals, brevity is an often-valued trait. So for those who need these meditation classes to calm that stress of the workplace, this feature could be highly appreciated.

Unplug’s offerings aren’t for everyone. Experienced meditators and those who are interested in the more traditional décor and practices of other meditation studios are likely not interested in what Schwartz has to offer. But since meditation is far from a new practice, even in the mainstream, there are lots of other options already occupying that part of the market.

Instead, Schwartz is trying something new, focusing on a target audience that up until now has not participated. These are the new customers she’s trying to serve .